Will Koda Glover Be a Closing Act for the Nats Bullpen? 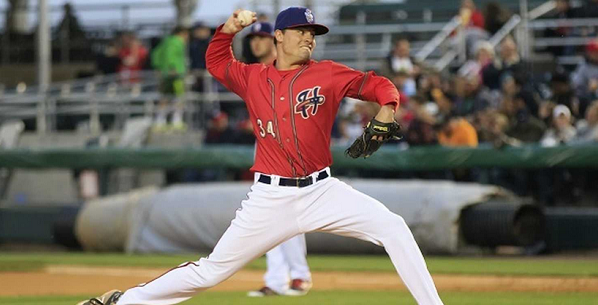 1. a) a concluding musical section that is formally distinct from the main structure
b) a concluding part of a literary or dramatic work
2. something that serves to round out, conclude, or summarize and usually has its own interest

The Nats revamped bullpen has been perhaps surprisingly good over this season. They weathered the storm of Jonathan Papelbon going to the DL pretty well, and their ERA is the second best of any bullpen in the NL.

This can be true and still, the bullpen may be missing something. Beyond Papelbon’s own sometimes shaky outings, the bullpen doesn’t have guys that are considered shut-down relievers. In other words, despite their great numbers, nobody says “if the Nats are winning going in to the 7th inning, the game is basically over.” Maybe this is all perception, but there is likely some truth to it as well.

So, the Nats are probably looking to augment that bullpen. But before they dive into the trade market, it’s not a bad idea to at least see if there is someone in their own farm system that could do the job. Thus enters Koda Glover.

Glover has less professional experience than the other recent pitching callups, Giolito and Lopez, although he went to college, so he’s older than both of them. But he has impressed the Nationals so much that they keep moving him up the organizational ladder.

His last year and a month has been pretty incredible in trajectory. He was drafted in the 8th round on June 10, 2015, in the 8th round. Since then he has pitched in the following leagues, with these results

At this rate, he will probably do quite well with the Nationals before leaving the earth for some interstellar league that is of an even higher level within a few months. In total, he has, over a calendar year, a 2.03 ERA, 10.8 K/9, 1.9 BB/9 and 11 saves.

He also throws hard, very hard. He can reach the high-90s with his fastball, and sits in the mid-90s. He has let up fewer hits than Lopez in the higher levels of the minors this year, so while there isn’t too much scouting info on him out there yet, that may be a sign that he has more command and more movement on that fastball. His secondary pitches have also impressed, he has “an ahead-of-his-years changeup” and an improved slider coupled with good command.

If you believe that it takes a certain type of guy to pitch in the setup or closer role, then you probably like that, according to Chelsea Jane’s above-linked article, “Various members of the Nationals organization have lauded Glover’s demeanor, and see a fearless mentality built for relief work — perhaps even to close.”

In a profile from earlier this month, there are a few more appealing quotes:

Syracuse pitching coach Bob Milacki also gives a thumbs up to his slider and an emerging changeup. Just as important, Milacki has been impressed by a level demeanor that’s a counterweight to Glover’s quick ascent. “He goes out on the mound, he doesn’t fear anything. He looks under control, doesn’t overthrow,” Milacki said.

I’m not suggesting to get too excited about Glover just yet. He’s only thrown 75 1/3 inning of professional baseball, many of it at pretty low levels (struck out 90 in that time, though), and for all we know, he could be up for a showcase before being traded. But his short time in the minors, his stuff, and his demeanor suggest that if the Nats are looking for a late-inning guy, they may not have to look any further than Glover.

And heck, if he’s the closer some day, even though his first name actually means “bear” in his Cherokee tribe’s language, writers will enjoy playing with its (homonym’s) meaning – “the end.”