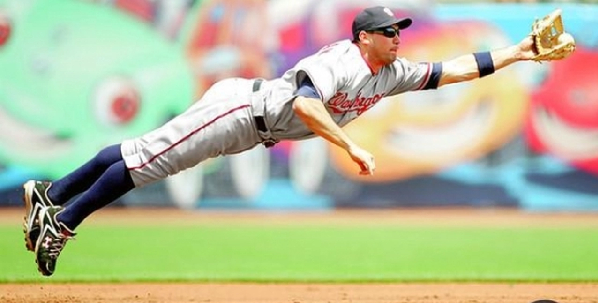 Not since August 31, 2005, game 133 of the Washington Nationals existence, have they been without Ryan Zimmerman as a part of the team. Ok, technically he wasn’t on the roster for the COVID-shortened, did-it-really-happen 2020 season, but you get my point. It is a little difficult to fathom, but this team is still so new that it only played about 2/3 of their first season without him on the roster.

It is time to move on, without Zim, who was the first and best Zim (no offense to Zimm) this team has ever had. There have been quite a few elegies about him, and they are deserved. But while I’ve seen quite a bit of talk about how good he was, and what he could have been, I am not sure people really understand. Before Strasburg, Harper, Rendon, Turner, and Soto, he was the original phenom.

He was very much on a Hall of Fame path when he arrived in Washington. He started playing at age 20, a year older than Juan Soto, and late in the season. But when he returned for spring at age 21, he was a Soto-like revelation. Not the hitter that Soto is, he was still spectacular with the bat, but it was the glove that really made him shine.

For his first five seasons in full time action, from age 21-26, he was the third best defensive third baseman in all of baseball, according to fangraphs. During that same period, his bat put him somewhere around 6th best hitting 3B in the game. Together, his fWAR put him fourth – the fourth best third baseman in MLB – behind Alex Rodriguez, Miguel Cabrera, and David Wright, two generational Hall of Fame level talents, and a superstar whose career was derailed by injury. This was all just in time for his 26th birthday.

You might hear quite a bit about his early Hall of Fame career path, because that’s exactly what he was – someone who, upon turning 26 after 5 full seasons, looked to be ready to stroll into Cooperstown. To put it simply, Ryan Zimmerman was the total package, a top hitter at his position and a top fielder, for the first five years of his career. He may never get the true credit for the bat, since he wasn’t Miggy or Arod, but he was great. The glove, though, the glove it what people will remember.

Zim wasn’t the most valuable player the Nats have ever had, (Harper’s 9.7 bWAR 2015 looks better than Zim’s 7.3 in 2009; Rendon, coming up 2 years older, was a little more of a consistent hitter in his run with the Nats; Max Scherzer and Juan Soto reached levels almost nobody else can) but was the greatest, in that, I think to most fans, he was the most meaningful.

When Zimmerman came up, the Nats were really in a build mode. Not a rebuild, because they were new to DC, they have never had anything built. It took a while, longer than it should have because of front office issues, but it wasn’t until his 7th season that they were truly good. Now, a decade later, a rebuild has started, and it seems appropriate that he is leaving. After all, he is Zim the builder, not Zim the rebuilder.