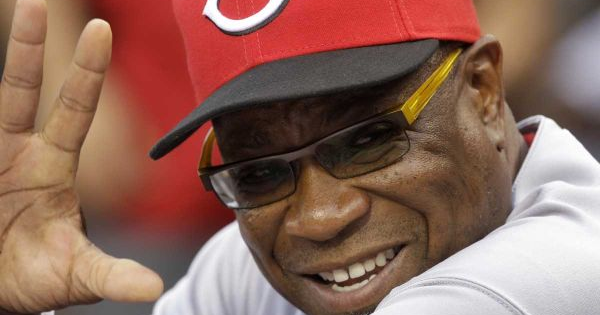 In a strange twist worthy of Washington-based sports, the Nats moved away from hiring Bud Black (which was a sure thing on Friday) to hiring Johnnie B. “Dusty” Baker, Jr. There are plenty of possible explanations, including some conspiracy theories that I don’t discount, but I have no insight into what the real reason is. Cheapness of the Lerners appears to be a likely explanation, although rather than using Baker to negotiate with Black as some initially thought, it may have been the other way around.

Who Is Dusty Baker?

Dusty had a very good career as a player. He was a long time outfielder, finished his career with 242 home runs, and, for the record, a .347 OBP. He played with Hank Aaron in Atlanta, he finished 4th in MVP voting with the Dodgers, and won a ring during Fernando-mania a year later.

As a manager, he took three different teams to the playoffs. His most successful run in the postseason was way back in his Giants days. He averaged 93 wins his last three seasons in SF, and in his final game with them, his team lost Game 7 of the World Series to the Angels.

In Chicago, he got to the NLCS his first season, 2003. There, he was a victim (and a perpetrator) of the Bartman game and he lost another game 7. That year, the Cubs only won 88 games, the next year they won 89 but didn’t make the postseason, and he only lasted there til 2006, when he was fired.

He started in 2008 with Cincinnati and by 2010 he had taken them to their first playoff appearance since 1999. In 2012, he won 97 games with them, their biggest win total in a season since the Big Red Machine days. But he never took them past the NLDS, although he took yet another series to the wire before losing in this case in game 5, in 2012. He was fired at the end of 2013, after 90-win, Wild Card-losing performance, in essence for not allowing his hitting coach to take the fall.

Baker is also a fascinating person, who says he has “smoked a joint” with Jimi Hendrix, wrote a book about attending what he and many others consider the greatest rock concert ever, and who might have invented the high five.

Dusty has one thing going for him that nobody seems to disagree with – his players love him. He’s got a reputation for making his players run through walls, as the saying goes (sorry, Bryce). And that is why, if you hire Dusty, you like him:

I think Dusty Baker is actually a good fit for the Nats. I don't think there's anyone better at managing clubhouse personalities.

This got me thinking – managing clubhouse personalities, does that matter? Of all the tools in a managers toolkit, this is the one that Joe Torre did best – it’s what got him to the Hall of Fame. As anyone who watch him with the Yankees can attest, it certainly was not his bullpen management or his lineup construction. So it’s very important, maybe more important than anything else.

This is a guy who got the Barry Bonds-led Giants to play together. According to Dan McGrath,

Tony La Russa, a longtime and not always friendly rival, concedes that Baker is the best in baseball at managing “the six inches between a player’s ears.”

You want more on that front? Here’s a few quotes from a pretty heartening article from Red Reporter, who saw and were driven crazy by many of Dusty’s moves, entitled “An Ode to Dusty Baker” (worth a read on its own)

And maybe, just maybe, that’s what’s most important for the Nats. Not that they are going to be at each other’s throats (sorry, Bryce), if they make the trades this offseason we think they will, there probably isn’t serious animosity in this clubhouse.

But at the same time, this clubhouse has been criticized for a lack of leadership, and the team has been criticized for not having enough fire. They have a history of wilting under pressure, and if you believe any of that is more than just bad luck, if those sort of things really do matter, it is reasonable to assume Dusty is going to help.

Dusty is an old school guy, and that isn’t a complement. He’s going to protect his players, and that’s great. But it’s going to frustrate the hell out of everyone when someone isn’t performing and he starts talking about the “back of the baseball card” or whatever – kind of like some of the stuff we saw this year.

Unless he’s spent the last few offseasons learning and embracing advanced statistics, he’s a guy who manages with those classic tendencies we saw everyone do 10 years ago. On base percentage? He hasn’t shown any evidence that he has changed his thinking on the value of OBP, and without that, we’ll probably see too much Michael Taylor at the top of the Nats lineup, simply because he’s fast (Trea Turner may end up there as well at some point, but he’s more likely to belong there).

He’s also got a reputation for bunting, playing that game where you go for one run in exchange for outs. Heck, maybe that’s what this team needs a little bit more of, but probably not at the volume that Dusty will bring.  That same Ode to Dusty Baker article mentioned above called his bullpen management “laughable” which scares me more than anything about pitcher’s arms, which we’ll get to in a second.

All of these things matter, even if it’s on the margins, and when you’re not guaranteed to win 95 games and the division is a dogfight, a run here or a run there could mean making or missing the playoffs. And his last playoff appearance are a laundry list of these issues, as highlighted in some quotes from Jay Jaffe:

Despite all of these issues, none of that is a guarantee. We have a great example of an old dog learning new tricks in Pittsburgh. Clint Hurdle was mocked for his old school style of decision-making, and it’s clear that the Pirates front office taught him a few things about the world of statistical analysis, and now everyone thinks he’s spectacular. But that’s not what you’re worried about, is it?

So, let’s get to it – the pitching staff. Dusty has a reputation for ruining arms, most notably Kerry Wood and Mark Prior in Chicago. He had a few more of those events before Chicago, in San Francisco, although I can’t pin Robb Nen on Dusty – Nen had an injury all year that he decided to power through – the front office and Nen are a million times more responsible for anything there than Baker.

But it’s possible that he learned something after those incidents. In Cincinnati, he had quite a few young pitchers – Johnny Cueto, Mat Latos, Mike Leake, Homer Bailey – who never were subject to the kind of innings Dusty’s guys saw in his other stints. Edinson Volquez ended up getting TJ surgery under Baker, but I haven’t seen any evidence that this was from overuse, just something that happens to 25 year old pitchers. This isn’t to say Dusty became a magnificent bullpen manager, it just is evidence that maybe, just maybe, he learned from his Prior mistakes.

In fact, in her review of Dusty’s tenure in Cincinnati, Emma Span posits that one of Dusty’s best qualities – his ability to protect his players and keep them happy – is why we didn’t see that same behavior with the Reds

one aspect of the game where Baker undoubtedly did adapt and learn was in his use of pitchers. Many Cubs fans still blame Baker to this day for destroying their young pitchers’ arms through overuse in the mid-2000s, most notable Kerry Wood and Mark Prior… [however] Baker changed his approach in Cincinnati, where he was much more cautious with young arms. In other words, when change meant protecting his players, he took the necessary steps to make that happen

She precedes this with a reminder about just how great Dusty is on that mental side of the game, as Joey Votto has severe anxiety and depression issues and Baker was “pitch-perfect” in handling it. “In a game that too often doesn’t understand mental health issues, or treats them as a weakness, Baker was an oasis: understanding, empathetic, respectful.”

The irony of a fan base lamenting the Strasburg Shutdown only to complain about getting Dusty Baker is off the charts. Despite that, I’m going with the latest evidence, the six seasons in Cincinnati, and assume actually learned something in his tenure in Chicago and what happened with Prior and Wood.

Of all 30 teams for Dusty to go to, the Nationals are the one that I think pitchers should feel the safest. I can’t imagine this front office allowing anyone to take their young pitchers and hang them out to dry in a way that everyone seems to fear. I just don’t think the Nats pitchers need to consider retiring in order to save their elbows.

I also think he will get this team playing with a little bit more fire, and maybe that will be fun to watch. Maybe that will make a difference, and will translate to more wins.

I’m not worried about his reputation for burning out pitchers, and I guarantee that this clubhouse, unlike under Matt Williams, will be fired up and ready to play. It’s the other things that worry me – his ability to manage a bullpen, his lack of embracing newer statistical understanding and his love of bunting.

He’s going to make a million moves during the season that will infuriate everyone, and for the most part, the Nats will win anyway. Once the postseason comes around, though, if they can make it, those little moves can make a huge difference. With Baker, what you hope for is that a team running on all cylinders and outperforming expectations (which he’s done quite a bit) will outplay his questionable decisions.

Edit: After I wrote this, Neil Greenberg wrote a piece called “No, Dusty Baker won’t ruin the Nationals pitching staff” which comes to similar conclusions as Emma Span did. He has a really interesting chart showing Dusty’s use of pitchers beyond 120 pitches, but the kicker is the same conclusion I had

Who knows if Baker really did cause all the arm trouble for his pitchers a decade ago, but based on what we know from his recent managerial tendencies, the Nationals’ pitching staff is in no more danger of faltering than they would be with anyone else managing the team.