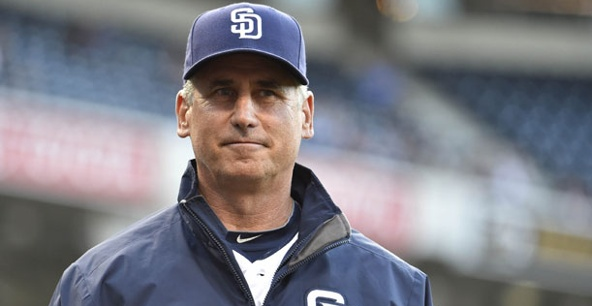 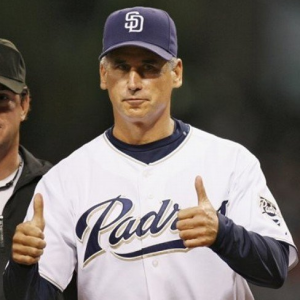 According to the Washington Post, the Nats have picked their new manager, and it’s Buddy Black. Bud Black. Buuuuuuuuuud.

The Nats were reportedly looking for someone with experience, and had narrowed it down to Black and Dusty Baker. Both had experience, both had been fired, so both have some flaws. But it’s hard to find a manager with experience who hasn’t been fired, and I think Black makes for a better choice than Baker.

So yeah, Black is probably not the most exciting choice, and while I didn’t completely hate the Dusty Baker concept as much as some others, well, this about sums it up…

The truth is, we probably knew exactly what we were going to get with Dusty, good and bad. His players would have run through walls for him and his in-game decisions would have driven as all crazy.

Bud, on the other hand, is a bit more of a mystery. Besides him not being Dusty, I’m excited because I think Bud Black has upside. I think Bud could be quite good. Now, I don’t know if he will be, but there’s a decent shot. Let’s get into why

The bullpen was the Nationals biggest weakness this season, well, besides the dysfunction, the injuries and the inability to meet expectations. And the ability to manage a bullpen may be Black’s most obvious and apparent strength.

He managed the Padres since from 2007 until mid-2015. From 2009-2014, they managed to finish in the top 10 in MLB bullpen ERA each season. As pointed out by @daproc, there was an interesting Grantland article by the Ben Lindbergh (just don’t read the first paragraph. No seriously, don’t) on bullpen management. And by one statistical measure (BMAR), Bud Black was the third best over the 2012-2015 timeframe among all managers in terms of using his bullpen optimally.

He was a former pitching coach, and a long time (100+ win) MLB pitcher, so he understands pitchers. This has also shown up in how well the Padres many young pitchers have performed over the years. The team wasn’t known for spending money on free agent pitchers, or anything else. But they managed to develop some good pitchers, and, albeit with a very favorable ballpark, usually had a good pitching staff.

I’d be remiss if I didn’t mention the respect he seems to have throughout the league. When let go by San Diego, that was the big takeaway from all the writeups.

CBS Sports covered it and mentioned the level of respect for him, “Black is widely respected and it should be noted that his record came during several periods of rebuild, a change in ownership and several changes in the front office.”

As did the San Diego Tribune, “Given the amount of respect Black has earned from players and coaches from around the league, you can’t think that anybody in San Diego would be upset if he went on to great success on another team”

Grant Brisbee, for SBNation, wrote about his firing and mentioned his 2010 season, as well as his general reputation, writing, “Have you looked at the 2010 Padres in a while? It’s something of a miracle that they were contending in the first place…” as well as “He was very sane, rational and liked.”

I could go on, but you get the point. Google the words “Bud Black” and “respect” and you get a million hits. Why is he well-respected? It appears he’s a genuinely nice guy that players like, and they like to play for him.

But that’s pretty much the entire positive narrative about him. Good with pitching, 2010 team won 90 when they should have won 70, and he’s respected. So, what about the other side of the coin?

There are two major weaknesses in Bud Black’s resume – his record and the Padres front office. The team never had a lineup that was great. In 2010, when they won 90 games, they didn’t have much beyond Latos, Adrian Gonzalez and Chase Headley. And that wasn’t even one of Gonzalez’s really good seasons. So he’s got plenty of excuses, ones that might be quite valid. But, still, you’re faced with this

That’s two winning seasons, and no playoff appearances. At some point, you start to wonder if it’s just the front office, the myriad of roster changes, and the lack of talent.

If we’re going to be honest about his weaknesses, though, it really comes down to what that lack of success may mean. Maybe it’s just the team around him, but maybe he’s not a great manager.

Most agree he’s a decent manager, which is why he had any success at all with the Padres. But the Nats are hoping for more than decent, and there is a real question if they are going to get that

In the aforementioned  article, Grant Brisbee also encapsulates the other part of the general perception of Black

Still, if it’s hard to find a reason to keep Black other than “he seems nice,””we’re used to him” and “he doesn’t leave his old lunches in the breakroom fridge,” it’s hard to argue that vehemently in his favor…

And that’s sort of it with Black. He seems competent and not terrible, which is honestly going to be a change of pace for the Nats. But nobody is sure if he’s more than that, and the Nats really would prefer someone who’s more than that.

Bud Black will probably help make the Nats once again a strong pitching team. Besides the awful bullpen, their starting pitching staff had the 7th best ERA in the league this year, which is good but maybe not quite what was expected. The first half featured an almost unrecognizable Stephen Strasburg (who was completely dominant in the second half), and you’d hope a guy like Black could prevent that kind of bad stretch.

Additionally, with the loss of Fister and Zimmermann, significant starting innings could be logged by Joe Ross, Tanner Roark, A.J. Cole and maybe even Lucas Giolito. Not to mention Gio Gonzalez, who, while at time is great, has had real consistency issues. A manager that is strong with starters is important.

On to the bullpen, there are plenty of questions marks there. He’s going to have access to young pitchers with good stuff and varying levels of success in the majors, from Felipe Rivero, Blake Treinen, Aaron Barrett, Abel De Los Santos, possibly Reynaldo Lopez, it’s a talented bunch who still have a long way to go.

As for the lineup, Black will have a better lineup than any of his Padres teams, assuming these guys can stay somewhat healthy.

But will he ever be better than his Padres record? It’s just not something we can know. But there is certainly reason for hope. Two of the three most recent Hall of Fame managers started with some pretty unimpressive records. Check out Joe Torre’s:

This isn’t to say Black is the next Hall of Fame manager. It’s just a reminder – neither looked spectacular in their first managerial stints, but unlike a ton of managers like that, they got more chances, because teams saw something in them. And teams see something in Black, because the Nats aren’t the only organization that is interested in Bud Black. The general respect he seems to garner throughout the league are hints at what could be with him.

He’s not a great manager yet, but he’s also not someone who you don’t think can improve and become great. The Nats get to find out if he will. I like the hire – he will help the pitching, the players are going to like him, and he won’t be terrible. They wanted someone with experience, and there aren’t too many of them out there that I’d get too excited about coming to the Nats. So, with that in mind, and without the ability to snag Bochy or Francona or Maddon, then this looks like a pretty good hire.