The Nats have a new addition to the roster, and it’s their high-end prospect, Trea Turner. His debut on August 21, 2015, also known as #TreaDay, introduced the prospect to the team. Now he is officially part of the Nats, probably for a long time. 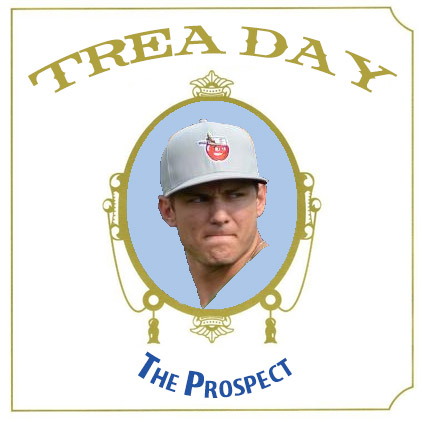 But as excited as we are to see Trea play, we also need to know how to celebrate his success. Well, that’s an easy one! Just take some Dr. Dre lyrics and stick them into tweets. With the appropriate modifications for Turner, of course. Here are some you can feel free to use after any number of events.

Trea be the name, still runnin the game

Trea be the name still running the game

just another motherf****in’ day for Trea

Swing down, sweet chariot stop and, let me ride

Now you wanna run around and talk about guns
Like I ain’t got none
What you think I sold ’em all?

Trea and Harp chronic’ed out in the ‘llac
with Werth in the back, sippin’ on ‘gnac

And here are a couple of inputs from some other hardcore, gangsta middle infield fans

If the pitch hangs, I'm doing my thang
Since I left, ain't too much changed, still #TreaDay

And of course, Trea himself was in on the action. He doesn’t have a good lyric for you, but he wants you to know he fully supports this

Can't make this stuff up: Trea Turner was in a theater watching 'Straight Outta Compton' when he got the call. It really is 'Trea Day.'