"Place that trophy over monuments"

But I’m not so sure he isn’t making perfect sense. Bryce Harper is a guy who dreams big. Maybe his dream is to win a World Series, bring a championship back to DC, and then start placing the trophy over monuments.

From there, he’ll move on to monument park, in Yankee Stadium, where, as we all know, Yankees legends are buried. Harper will get to visit the grave of his favorite historical player, Mickey Mantle, and meet with Derek Jeter, who sits like the grail knight, waiting until the day he is buried in the stadium.

While he’s in NY, he’ll top off the monument to the light of freedom 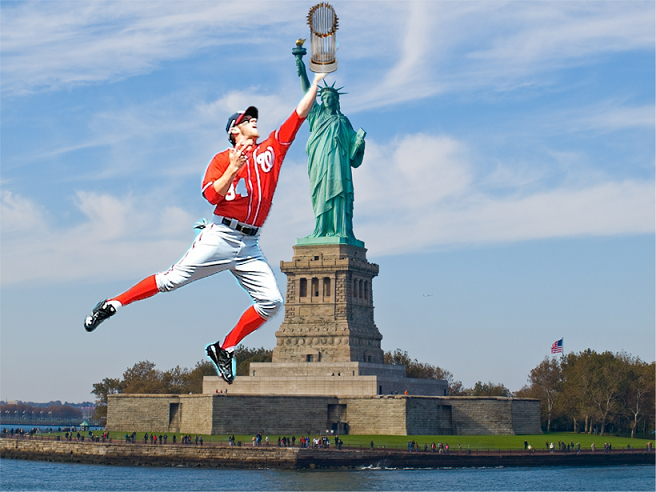 From there, Harper will journey to Paris. But he will not waste his time with the Eiffel Tower, a monument to science and industry. Rather, he’ll head straight to the Arc de Triomphe, a monument to triumph, much like the World Series trophy itself 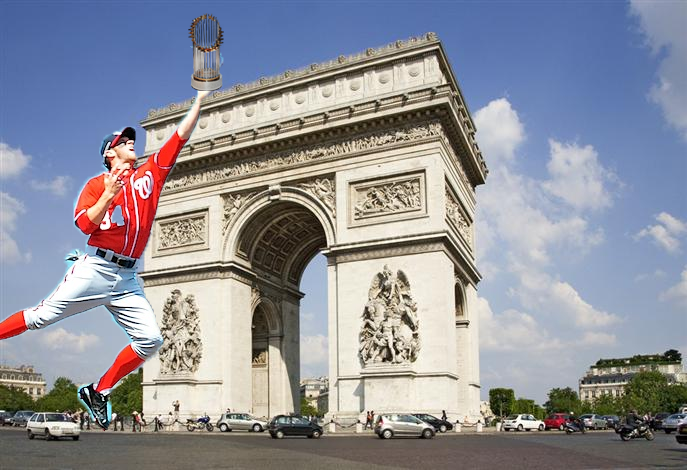 After hitting up the Arch of Titus in Rome, and any other arches he finds along the way, he will continue south and east until he hits one of the world’s most enduring monuments, the Great Pyramid of Giza, as well as the Great Sphinx. 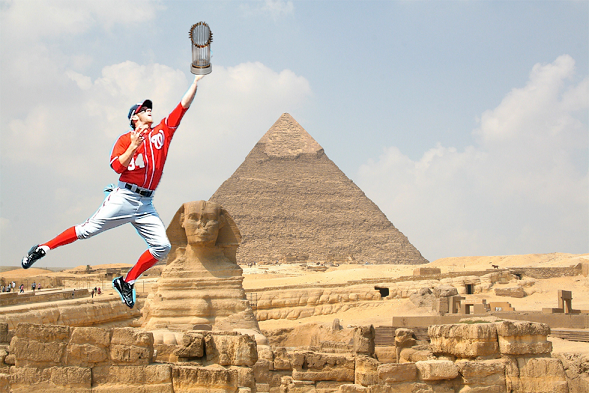 From there, Harper will move on to one of the most meaningful monuments, the Taj Mahal

At that point it is safe to assume Bryce will launch himself into space, looking for more monuments throughout the galaxy to lift the trophy over. 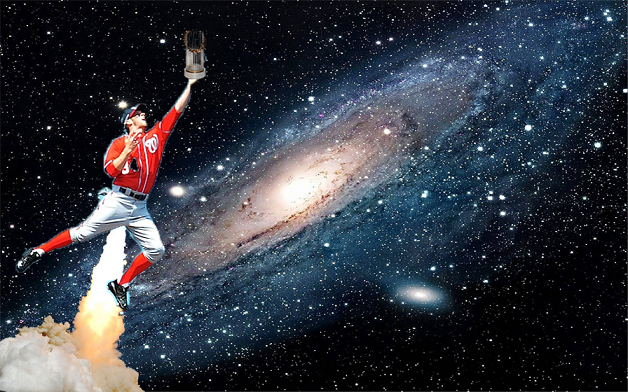 Whatever he really plans on doing, I like that he’s excited about all of this. And I’ll miss him after they win it all and he departs for Alpha Centauri.