Nats Get Their Starter 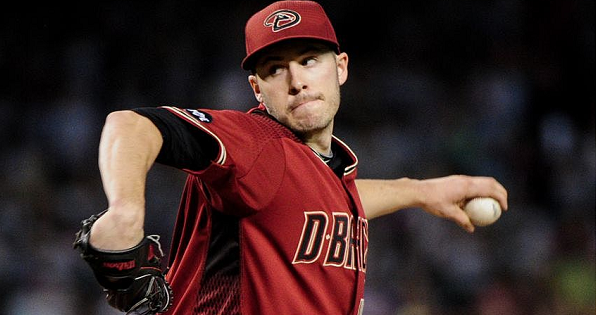 The Nats, for only, what, the second time in their history, went after a top flight free agent and actually signed him. The first time was Max Scherzer in January of 2015, and now it’s Patrick Corbin in December 2018. The Nats have added significantly to their rotation (and their payroll, but we’ll get to that) by signing the guy who is generally regarded as the best free agent pitcher available this offseason.

Corbin, a lefty, was signed for 6 years and $140 million. And he most likely was the best FA SP available, but we’ll get into what makes him so good in a second. First, though, it’s important that the Nats signed him because of how badly they needed another starter. I wasn’t particularly religious about which guy they signed, or if they traded for one, but they desperately needed another starting pitcher who could realistically be a good #3 SP at minimum. I preferred a lefty as well, so I’m happy. But mostly I’m happy because there is somebody good in that #3 spot.

Despite all of their myriad of issues in 2018, the starting pitching may be the easiest thing to point to as the biggest failure of the season. The Nats were in first place, with a record of 36-26, on June 8, Stephen Strasburg‘s last game before he went on the DL. In the month and a half that followed, Tanner Roark had a 7.68 ERA in his next 7 starts, Gio Gonzalez had a 7.25 ERA in his next 8, and Erick Fedde‘s was 6.33 in his next 4. By the end of that little stretch, it was mid-July and the Nats were 7 games back, and under .500.

Roark stabilized, and had a solid final few months of the season. He actually finished the year with a 98 ERA+ over 30 starts, which is what most teams would love from a 4th starter. He had a bWAR of 3.0, on the back of all those innings. But as a #3 starter, that just isn’t enough.

So, they went ahead and got someone much better. They were never going to go into the season with the rotation as it was prior to getting Corbin, but just look at the difference between the top-heavy / no depth rotation of yesterday:

Compared to that rotation today:

Insert one pitcher, and it’s a whole different thing. And they shouldn’t think they’re done. Another starting pitcher to fill in the #5 spot more solidly wouldn’t be the worst idea. A flyer or two of the 2018 Jeremy Hellickson variety makes quite a bit of sense to me. But with that one extra guy, it’s pretty darn impressive.

Enough About the Team, Let’s Talk About the New Guy

Corbin is 29 years old, his first season with the Nats will be his age 30 season. He came up with the Diamonbacks and was really impressive in 2012 and 2013, before missing all of 2014 with Tommy John surgery. He pitched pretty well in 2015, but struggled in 2016 as a starter, before being relegated to the bullpen. He finished with a 4.84 ERA, and that was bolstered by a solid stint as a reliever.

As far as that K/9 rate goes, it went up this year, to 11.1. And he did that while bringing his BB/9 rate down from 2.9 to 2.2. He became a real strikeout pitcher, but didn’t sacrifice by giving up more walks, and that helped land him 5th on the Cy Young ballot this season.

Besides the strikeouts, he’s also great at inducing ground balls. He ranked 9th among all starting pitchers in 2018 at GB%, which, coupled with his high strikeout rate, made him one of the best pitchers in baseball this past season.

Corbin’s slider is devastating. According to Zach Buchanan in the Athletic on Sept 10:

Corbin’s success in baseball has been defined by his slider, which this year has been one of the very best pitches in baseball. Its whiff rate of 29.8 percent is the highest of any pitch thrown by any starting pitcher at least 500 times this year. Eighty percent of his career-best 223 strikeouts have come on the pitch

It’s the sort of wipe out pitch that it is because, like all truly good sliders, it looks like a fastball, and the batter swings at it like it’s a fastball. But it’s not where it should be, it dives out of the way. In Corbin’s case, it has the added advantage of being a significant change of pace pitch, coming in about 10 mph slower than his fastball.

Not only that, he doesn’t really throw just one slider. Jeff Sullivan of Fangraphs pointed out after one particular good Corbin start that he was actually varying the velocity on his slider, and it ranged from about 79 to about 84 mph. That’s a huge variance. Sullivan wrote:

Corbin is effectively turning one pitch into two pitches, or a spectrum of pitches, depending on how you look at these things. If it seems easier to prepare for his slider if he’s throwing it more, this is a way to compensate for that. You might guess that Corbin is about to throw a slider, but his own slider kind of has a changeup and fastball variety.

Ok, Back to the Team

Of course, there is another big name free agent signing that Nats fans are waiting to hear about. And the thought is that with a huge deal, Corbin will be getting over $20M per year, that the Nats have no ability to sign Bryce Harper long term. But everyone today went to great lenghts to point out that this really doesn’t preclude any sort of Harper contract signing

For those asking, I don’t think Corbin signing changes anything with Harper. Nats were all-in on Corbin from the beginning. Still willing to surpass luxury tax for Harper if they can find common terms. But have always been prepared for life without Bryce, if it comes to that.

nats have basically replaced salaries of wieters (11M), gio (12M) and madson (8M) with Corbin (23M) and Gomes (8M). so while other teams are wondering whether Corbin signing means they are out on Harper, the belief is that they are not necessarily out.

There’s more, but you get the gist. I’d like to add to this that all else being equal (and I know, it’s not), this is the last season that they’ll be paying Ryan Zimmerman, and this year he’s owed $18M. So if they want to justify their spending, they can think of the Bryce payday-Zim contract overlap as being one year of tough sledding and then things come back to “normal.”

Either way, the Nats have another starting pitcher, a good one, and one that fills one of their biggest, if not the biggest, offseason needs. He’s a lefty with a devastating slider, and it should push them right back in to NL East title contention in 2019, whether or not they are able to keep Harper. 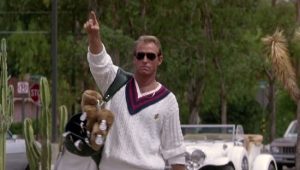