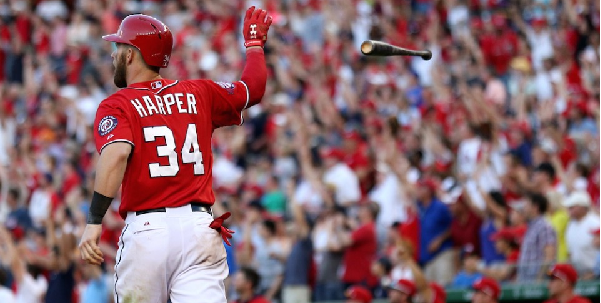 In the month of May, the Nats went 20-7. At this point, they would essentially have to do that in August AND September to get a playoff spot. If just August goes as well as May, it won’t be enough. The problem isn’t that they can’t come back, it’s that it is so unlikely that they will. So, unfortunately, they have to start thinking about trading pieces. It’s prudent to do so, because they’re most likely not really in the playoff race anymore. And they have a ton of expiring contracts. But who can, and who should, they trade?

First, this isn’t an “everything must go” fire sale. I’m ready to write off 2018, but not 2019. They have real talent on this team, and some gaping holes, especially at catcher and in the starting rotation, and this offseason is guaranteed to be a year of transition anyway. So let’s start with the premise that anyone who can contribute next year probably shouldn’t be moved, unless the offer blows them away. But that still leaves them with quite a few options. They have one player that could bring a big return, another that could bring a moderate one, and some other guys that they should explore trading to see what they can get.

The first and foremost one is, of course, Bryce Harper. Harper may or may not be as good as gone in 2019, I really don’t know. I know the Nats should be pretty comfortable with their outfield without him, even if they do go after him. And a conversation that they want to trade him to contender so he can make the playoffs, then re-sign him in the offseason shouldn’t hurt their relationship with him. He would be able to bring back a serious return, not quite the Machado deal, but his 25 HRs and league-leading 82 walks, make him a valuable trade piece. I’d love to see Harper play in Washington for another decade, I don’t think trading him now has to hurt that plan.

Another player that could bring some value is Daniel Murphy. Murphy was hurt for much of the season, but he certainly appears to be healthy now. Maybe a team is hesitant to play him at 2B, but he’d fit in quite nicely at 1B or DH. And despite his less than gaudy season numbers, that can basically be chalked up to him hitting .103/.133/.138  in his first 9 games off the DL. Since then, in 27 games, he’s hit .337/.392/.465. Now, the Nats just give him away – a qualifying offer at the end of the season would either yield a high pick or one more year of him, but there is some possibility that they’ll get something for him. The Red Sox, the Dodgers, the Rockies, and the Brewers all need a 2B, the Rockies also need help at 1B, as do the Yankees. The Mariners, who, if they make the playoffs, won’t be able to use Robinson Cano, could use another hitter on that side of the infield.

They have two starting pitchers that could get them some return. Gio Gonzalez has been in a skid of late, but he’s still a lefty, and – surprise – he’s sporting an ERA+ of 103. So he could get something. Jeremy Hellickson is the other, and he’s been the better of the two, when available. His ERA+ of 123 should be appealing to a team looking looking to stabilize a rotation. And Hellickson is making only $100,000 this year, so anyone who is worried about payroll might find him intriguing. Neither guy will get significant return, but neither need to be here if they can bring anything.

There are also a few bullpen pieces that could be of interest. Kelvin Herrera has a 1.83 ERA on the season, and he has 15 saves, which is always appealing in the trade market. Another possibility is Shawn Kelley has quietly put together a strong season this year. With more than a K/9 and a 2.67 ERA, he could be seen as useful trade piece.

Nothing here is an ideal trade piece, and nothing besides Bryce should bring them major returns. But, they should see what they can get and work to fill up an organization that is top heavy and has lost a few of their best prospects to trades in recent years. With the situation they find themselves in, they don’t need to blow the team up and rebuild for 2021 or beyond, but it makes sense to try to retool for 2019.