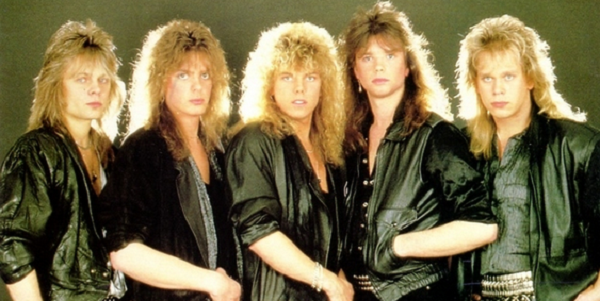 Sporting News writer Jesse Spector just had a column ranking closer entrance music, and I really enjoyed it. I didn’t agree with every rank, but I think his assessment of #1 was 100% correct. It also got me thinking – what are some other songs that would make great entrance music for closers?

The song doesn’t have to be the heaviest or baddest song out there, but it’s gotta have an intro that opposing batters will remember as they hear it. It helps if the lyrics are about smiting your enemies, firing yourself up, or fire in general because, you know, fastballs. Intimidating your opponents is a big thing, if possible.

So here are some of my ideas for the pants-crappingest songs, which will probably never be used. I’ll give you a few solid options, before giving the greatest closer song ever. And then we’ll move into some weirder ones.

The intro of this song is a guitar making a sound like an engine revving, followed by a few crunchy power chords into a strong, steady guitar lick followed by the batter striking out. This thoroughly covers the “getting fired up” category.

Run to the Hills – Iron Maiden

The dual guitar riff is an iconic intro, and the chorus tells people to run away. That seems like good closer music to me.

Other than the actual lyrics of this songs, it seems perfect for a closer. The intro is strong. Strong to very strong. And it’s about being lit up, which could mean, you know, really ready to pitch (it doesn’t).

Sleep Now in the Fire – Rage Against the Machine

I’m not positive if this is better closer music than Wake Up (#6 on Spector’s list, and a song also by Rage). But there’s something about the drums kicking in after a bar and then Zack screaming and then the cymbals really getting going and then everything powering ahead that could really get someone ready to go. And also it has the word fire in it.

Alright, we’re about to get weirder, but before we do, I want to share with you… the greatest unused closer intro song ever. (I’m serious)

I can’t believe this isn’t being used. The intro is beyond epic, it’s… what’s beyond epic? It’s Homeric. And the chorus is PERFECT for a closer. The final countdown? Come ON, only a song about striking out three guys in a row would be more fitting. This, to me, is analogous to #2 on Spector’s list, but better. I don’t understand how nobody is using this. Can someone tell Drew Storen he’s doing it wrong?

Now it’s time to get a little more unconventional.

Ok, really, this is only for Heath Bell. The intro is nothing special, although the song is spectacular. Anyway, Heath Bell should have totally used this. He’s heavy and his name is Bell.

This one’s a little different, but hear me out. The lyrics are basically about how tough the singer is, good for closer music, although it’s in a Beck kind of way. None of that is really relevant, though, because this one is about the music. I’m just thinking how a guy would feel walking on to the field with that intro playing – the heavy distortion on a bouncing beat, I love this intro. Just playing the first 15 seconds on a loop is probably the way to go.

Move aside, and let the man go through

Most versions of this song I’ve heard are slower, and while it’s still a good song that way, this particular version, from the famed 1967 Monterey Pop Festival, may be my favorite intro of all time. I haven’t figured out the context for someone using it, but someone really should.

The Gentle Art of Making Enemies – Faith No More

I don’t know, if I was a batter who heard this song for the opposing closer, I might think he’s a sociopath and that he might just decide to try to kill me with a baseball. That sort of thing might give an advantage to the pitcher. Happy birthday, f**ker.

Speaking of frightening the batter – if a German-born player ever gets a chance at closing, it should be required that he uses this song. It is terrifying.

While we’re on the topic of German musicians, this one’s got a pretty good intro. But its the lyrics, mostly the repeated use of “lights out” that makes this one interesting to me. Lights Out was Brad Lidge’s nickname, and I always thought he should have used this song.

Through the Fire and the Flames – Dragonforce

Are we not playing music to intimidate our foes? Do we not want them to be filled with dread, paralyzed by the darkest fears of the arm whence many fastballs of great velocity will emanate? If so, then let their ears savor unmatched speed and power, because their bats will not be able to taste even a single morsel!

Come on, this would be amazing. Too bad Tom Gordon isn’t pitching anymore.