#Winning at Second Base

As Anthony Rendon travels the nation, crowdsourcing opinions on his MCL, the Nats are preparing to enter the 2015 without their starting third baseman. Hopefully, it is for a short time, but whether it’s a week or a month or more, they’re gonna need someone to play third base next week.

The apparent choice, judging by his playing 3B today, is Yunel Escobar. This leaves second base open, but it makes sense, because they have a few options at second base.

It seems that they will run out Dan Uggla, who has returned from beyond the grave with a .987 OPS in spring training.

Reading between the lines: #Nats are considering possibility of Escobar at 3B, Uggla at 2B to open season.

Or, wait, maybe they’re going to use Danny Espinosa, who has not hit well in spring training, and is still learning how to hit exclusively right handed.

Though it'll be a crash course for Yunel Escobar, putting him at 3rd gives Nats best infield D for now: he, Desmond & Espinosa are all SS's.

Hmmm… thanks beat writers for clearing that up. Ok, so obviously it’s an offense-defense thing in some regard. The advantage Espi has over Uggla is that his range is measured in feet not inches. Espinosa, as Mr Wagner points out, is a good enough defender to play SS. Uggla, to his credit, still owns a baseball glove, so there’s that.

But, enough dancing around it. This is an opportunity to bring back one of my favorite topics of all time. An ESPINOSA PLATOON AT SECOND BASE!!! 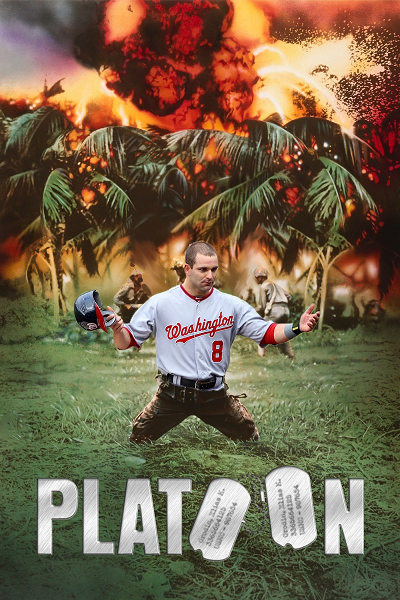 Seriously, it makes sense. As we all know, Espinosa has been murder on LHP his whole career, with an .804 OPS against them. His numbers against righties shall not be repeated here. Finding a good lefty to hit righties and share in a platoon with him hasn’t worked out so well.

So what does Uggla have to do with hitting RHPs? Assuming Uggla can hit, and maybe that’s a big assumption, he’s traditionally has had a reverse platoon split. His OPS against righties is an impressive .801, against lefties it’s only .746.

Combined you can have this hitter (career stats)

Ok, so Uggla is probably not be trusted to replicate those career numbers. And Espinosa might be that good against lefties (he was even better last year), but he doesn’t have such a long track record to bring confidence. But let’s do the same with the other side of the plate

That certainly makes you want the other side of the platoon, no? So Uggla’s numbers against lefties certainly don’t look terrible, why would you risk it? Espinosa is the better defender by a significant amount, and he’s shown he can hit lefties. Whether it’s for a week or a month, it’s a pretty obvious choice.