Nats Trade a Southpaw, Get a Lefty 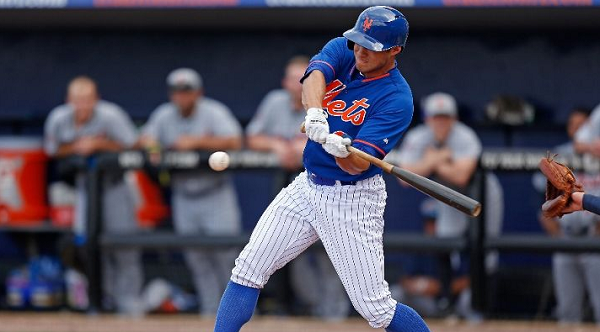 The Nats made a trade today, getting rid of some bullpen depth (on a day when two of their back end relievers are ailing) in favor of adding some in the outfield. They traded Jerry Blevins to the Mets, and got 27 year old Matt den Dekker. It’s a move that indicates the Nats are pretty confident in the health of their bullpen, keenly aware of some of their bench limitations, and perhaps a bit worried about the health of their outfield. 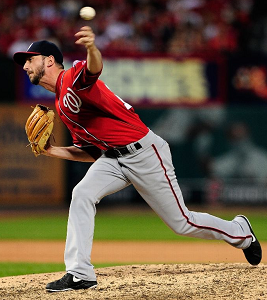 I will miss Jerry Blevins, who leaves the Nats with an unimpressive 4.87 ERA for them. But they might miss him, too, because he is incredible at getting lefties out. They have an OPS against him of .564 for his career, and last year they hit a ridiculously bad .160/.202/.217 against him. He probably wasn’t going to be the setup man or the closer any time soon. And the Nats have a pretty full bullpen, unless Drew Storen and Casey Janssen are really hurt badly. But he still leaves something missing from their arsenal.

The problem for the Nats now, is, they don’t have anyone that has done what Blevins was able to do against lefties. Matt Thornton has been a very good reliever, but lefties have a .641 OPS against him. He’s a lefty who is effective overall, but not a lefty killer. Probably worthwhile to have that over Blevins, but still unable to do what he did.

Xavier Cedeno is the only other lefty reliever they have on the 40 man, and he has been even less effective vs lefties, who have a .689 OPS against him. But with Cedeno, we’re only talking 120 PAs, and most of those were in 2012. He may yet be the lefty killer that Blevins is, but we don’t really know for sure.

Matt den Dekker doesn’t have much MLB experience to talk about – just 237 PAs over the last two seasons and an uninspiring .238/.325/.310 career line. He is a lefty, though, and considering after (or maybe including) Nate McLouth, their best lefty bench bat was probably Doug Fister, that is certainly a welcome addition. In the majors, den Dekker’s numbers do look better versus lefties in his limited time.

On to his minor league stats, he was great for the AAA Las Vegas 51s last year, hitting .334/.407/.540. Now, this was not only as a 26 year old, but keep in mind that the PCL is considered much more of a hitter-friendly league than the International league, so it all must be taken with a grain or two of salt.

As for his MiLB splits, they do indicate a guy who hits righties better. Over the past five seasons in the minors, at various levels, he’s hit .290/.355/.471 against them. He had serious strikeout issues early in his career but cut that rate significantly in the last two seasons. While that is in some part his age and his league, it is also a real improvement that has helped him remain a viable option. His home run rate went way down with whatever changes he made, but his slugging went up as he was able to get so many more hits.

He is also a very strong defensive player and has speed, so in comparison to their other option as a bench lefty outfielder, Tony Gwynn, Jr, he is better with the bat, similar defensively, and a few years younger. Unlike Gwynn, den Dekker may yet prove he can some amount of Major League pitching, especially if his time against lefties is limited.

There should be a role for him, especially since he’s a lefty. With injuries to Denard Span and Nate McLouth, he will be useful in April. With regards to Span, den Dekker’s presence should give the Nats the opportunity to rest Michael Taylor occasionally (against righty starters, of course) and not lose anything defensively.

As for McLouth, den Dekker is certainly the better defensive option. If McLouth’s shoulder heals and he can hit again, he’s the better bat for sure vs righties. But that is turning into less of a sure thing, and the Nats might have looked around and realized they didn’t have a single left handed bench bat in which they had any confidence.

The move to acquire Den Dekker, and the subsequent news that they invited Reed Johnson to spring training on a minor league deal, may be an indication on how the Nats percieve McLouth’s health. If McLouth can’t return to being the player they thought he’d be, and Den Dekker can look mildly useful against RHPs, this might end up being a real good move.