Much of what is done on this site is about the quantification of that which has not been quantified before. I have attempted to quantify what Bryce Harper is doing – not in terms of statistical results by plate appearance, rather, by what things he may currently be doing to anger people. See the results of my robust statistical analysis below: 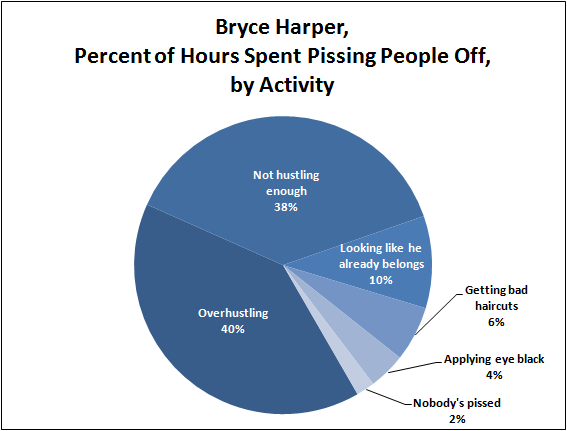 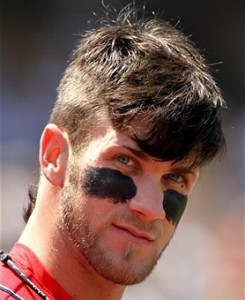 This picture didn’t make the list, but it will make someone go “See, what a douche!”

I hope this clears up some confusion, it’s all pretty straightforward. While many baseball players spend their time in the batting cage working on their swing, or show up to the park early to take fielding drills, Bryce does nothing of the sort. Unless it will anger an old beat reporter who will subsequently write a column about missing the days of putting down whiskey drinks with Mickey Mantle at Toots Shor’s at 3 AM after a big win with a 1 pm start the next day – then that’s all he does. Otherwise, he spends the majority of his time coming up with how to do whatever it is you want him to do, and then doing the opposite.