Why Signing McLouth is So Important 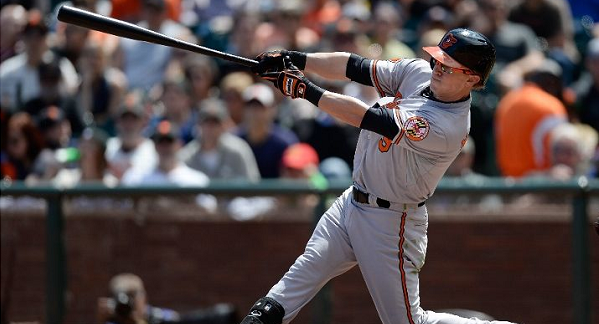 The Nats made their first splash in free agency this offseason by signing Nate McLouth to a two year, $10.75 M deal (with a 2016 club option). This isn’t exactly a big splash in the baseball world, considering they signed a guy who’s been a 4th outfielder for 3 of the last 4 years, only exceeding 321 PAs once in that time, last season as a starter with the Orioles.

It is, however, a big splash for the Nats. This signing is an indication of an acknowledgement of the team’s weaknesses, and a great way to address it. But before that, let’s take a look at what McLouth brings to the team. 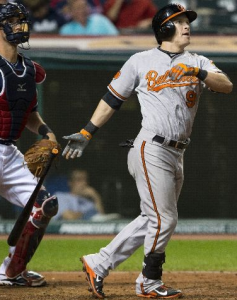 He is an outfielder, a position where the Nats are all set with starters. McLouth can play the corners adequately well, although he’s not a gold glove type. But he has speed, which also allows him to play CF in a pinch. That isn’t where you’d want to play him for a long time, though. As an occasional fill-in, sure, but if Span were to go on the DL, it would probably make more sense to slide Harper or even Werth over to CF and use McLouth in one of the corners.

McLouth is a very hitter effective against RHPs. His career splits are really pronounced – .260/.345/.441 as opposed to .221/.301/.347 against LHPs. That’s a starting-caliber corner outfielder vs lefties and replacement-level vs righties. 2013 was more of  the same, despite a full time role, with .753 OPS vs LHPs and a .640 vs RHPs. The Nats would have to platoon him if he sees any significant playing time as an injury fill-in. Scott Hairston, a career .268/.317/.498 hitter against LHPs would be the obvious choice.

He’s also an effective base stealer, with 129 career steals to only 23 times caught. That’s an 85% rate, which is very good. Fangraphs has him as a very effective baserunner, with a career 33.8 baserunning RAA, a whopping 6.1 in 2013. He should find time as a late inning punch runner when one is needed, too.

All of this is nice, improving the bench, but it’s important for this team. A completely healthy Nats team could still see 250 or more PAs from the backup outfielders, and that’s without any missed time for injuries. Throw in a minor 15-day DL trip here and there, and you’re getting a starter’s worth or PAs from the backup guys.

The Nats bench was abysmal last season, and it’s because they went with young guys who hadn’t proven themselves in the majors and weren’t considered true prospects. Well, young guys and Chad Tracy, who, other than a great 2012 with the Nats, hadn’t been even a decent hitter since 2007. While they performed in 2012, they stunk in 2013, and it cost the team, quite possibly the 4 games they needed to be in the playoffs.

With the move, the Nats are spending money, not crazy money, but real money and possibly an “overpay” to shore up the bench significantly. The Nats are addressing a significant, and relatively under-the-radar, weakness from last year, and it is a big deal. They aren’t relying on Tyler Moore or anyone else to step up. While guys like him and Kobernus will have a chance to do so, they won’t be required in order for the Nats to succeed.

A strong bench is important for any team, but fans who really paid attention last year can look past the inconsistencies with the starting lineup to see how much the bench mattered for the Nats in 2013. If it’s needed as much in 2014, it should yield a better result, and that’s a big deal.

Now the Nats just have to get one more bench player. A right-handed power hitting infielder who can provide that “veteran presence off the bench” or whatever else Rizzo needs to say to not hurt anyone’s feelings. Because really what they need is someone who can let LaRoche sit and provide an effective bat whenever they face a left-handed starter. Moore has the potential to be the guy, but this McLouth signing indicates they don’t want to wait around for potential. Not with this team’s chances.

I feel like I’m starting to sound like Cato the Elder, who was a Roman Senator during their wars with Carthage. Even during the peaceful interwar years, he was so convinced that if Carthage remained they’d be a threat to Rome. He began finishing every speech, no matter the topic, by saying “Furthermore, I advise that Carthage must be destroyed.” I have become convinced myself of something just as important…