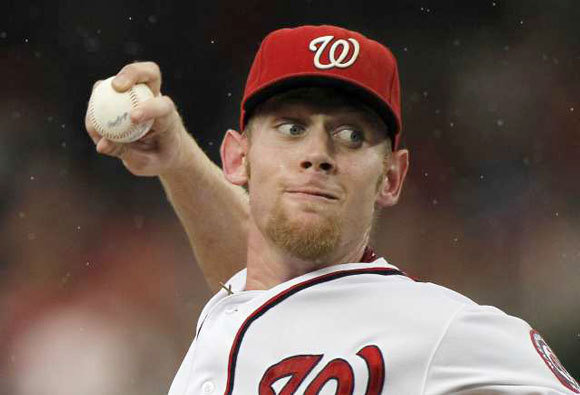 Early on this season, Stephen Strasburg had his struggles. He wasn’t looking particularly sharp, and he finished the month of April with a 1-4 record, although his ERA was a not so horrible 3.13.

Since then, he’s been lights out. 3 ER over 3 starts, 8 IP then 7 IP then 8 IP. It’s only 3 starts, but it’s more what people were expecting from Strasburg. There has been real dominance over those last three starts, the kind that leads someone to be called an ace, if they keep it up.

He’s started to look really locked in, and it’s only been a month, or maybe even only 3 starts of strong performance, but take a look at where it’s led him. At the very end of May, Strasburg ranks:

That isn’t the best pitcher in the NL this year, but it’s a pretty impressive ranking. It’s ace level production, and it will look even better in a few weeks if he keeps up what he’s been doing since.

The storylines will probably keep him from being recognized as a top pitcher right now. People will talk about his stuff, and say that he CAN be the best he just hasn’t done it in 2013. Don’t buy it. He’s had a few less than stellar starts, but not many. And his numbers indicate that he’s quietly dominating right now – the negative storylines indicate that he might get even better.