Welcome to the Nationals Park Beer Guide, updated for 2019

Nats Park is a great place to see a baseball game, and nothing goes better with baseball then beer. If you are a fan of American light lagers, Nats Park offers plenty of options. And if you’re looking for a bigger variety, you also have quite a few choices.

Unfortunately, the craft beers and imports aren’t always easy to find. And in the middle of a baseball game, you might not want to spend an inning or two meandering around the ballpark looking for the right beer. What you need is a map of the ballpark, and where to find the beer you want. I decided to put together just that, and tried to be as thorough as possible, but there are a few notes worth paying attention to at the bottom of the page.

Also, if you want to read about the changes from last year, click here for the blog post that goes with this year’s map.

But beer and fine print don’t go well together anyway, so… check out the maps:

Not including The Red Porch / Budweiser Brew House 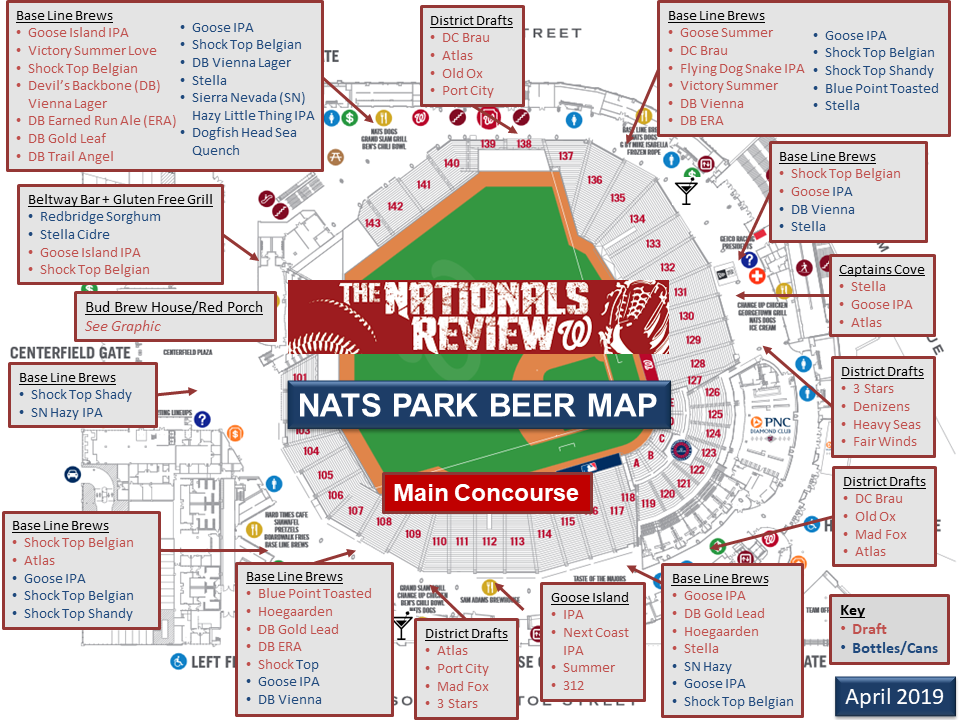 Just like last year, the beers at District Drafts will rotate throughout the season – this is a snapshot in time. 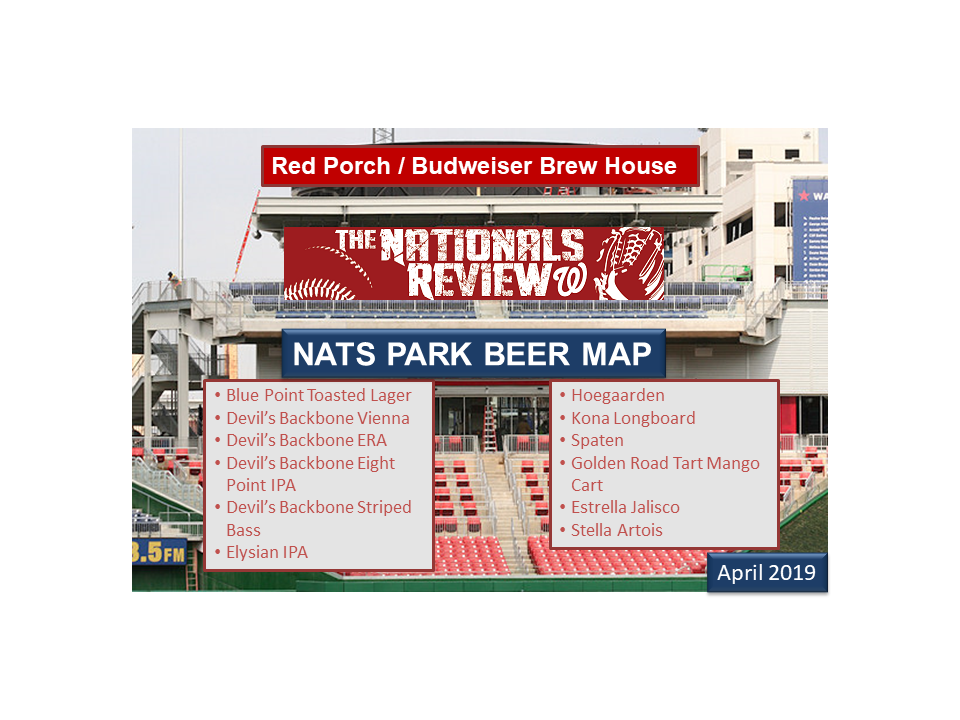 Note: All of the above beers pertain to the Red Porch only, the Red Loft is listed on the Club Level Map. Thanks to JDland for the Red Porch photo 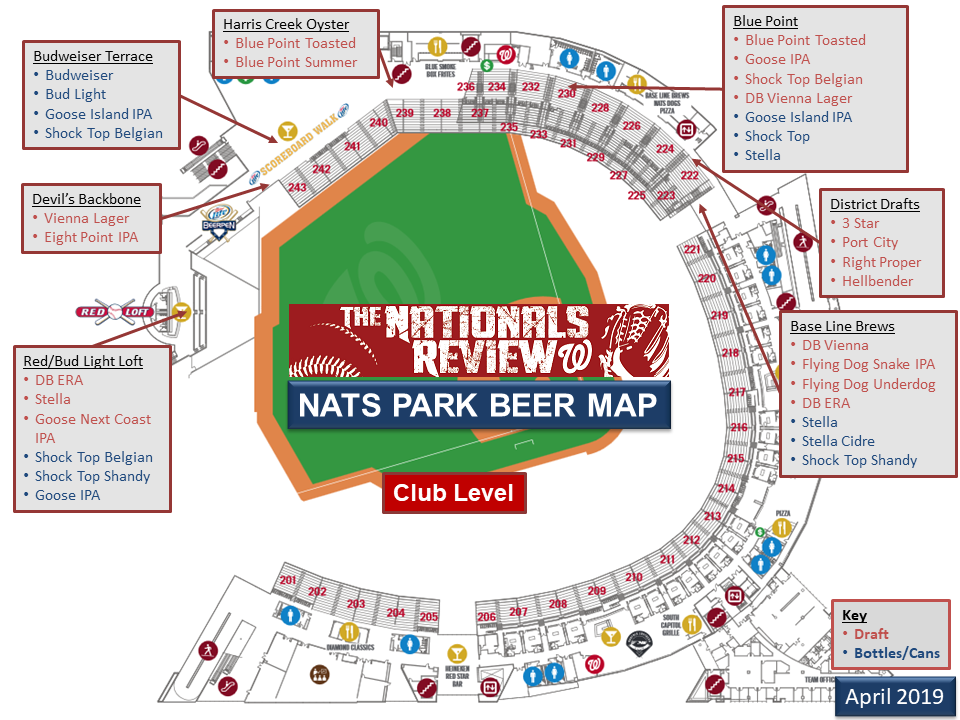 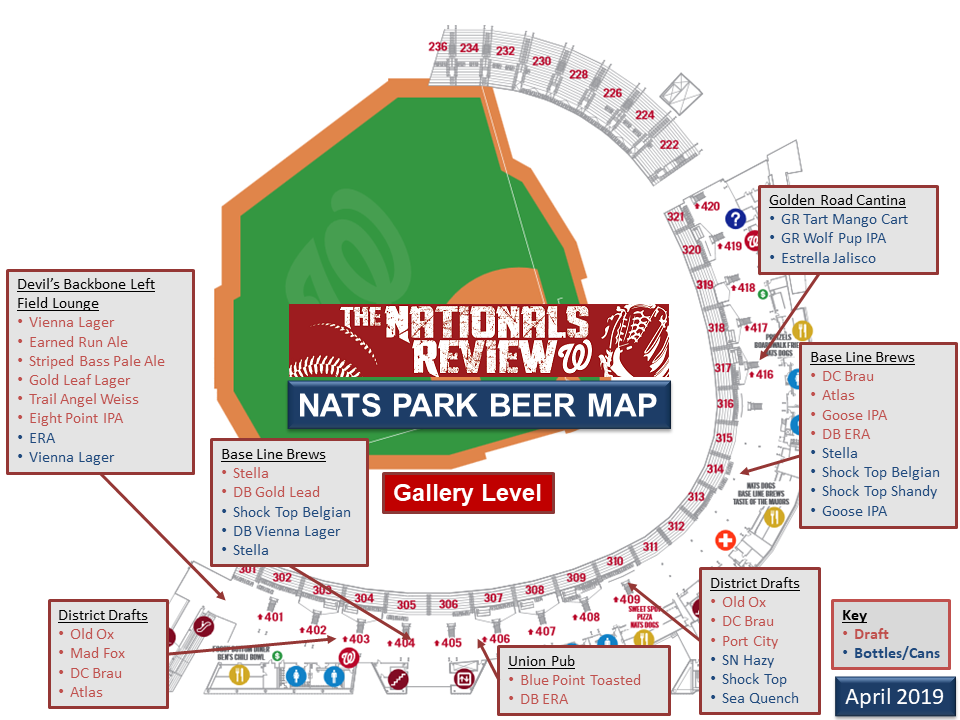 Enjoy the maps, the games and the beers!

As always, there are a few things to keep in mind: