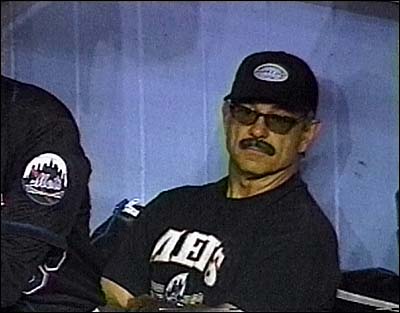 New York Mets manager Bobby Valentine wears a fake mustache and glasses in the dugout in the 12th inning against the Toronto Blue Jays in this image made from television, Wednesday, June 9, 1999 in New York. Valentine was ejected in the 12th inning for arguing a catcher’s interference call, then later returned to the dugout wearing the disguise. (AP Photo/ESPN)