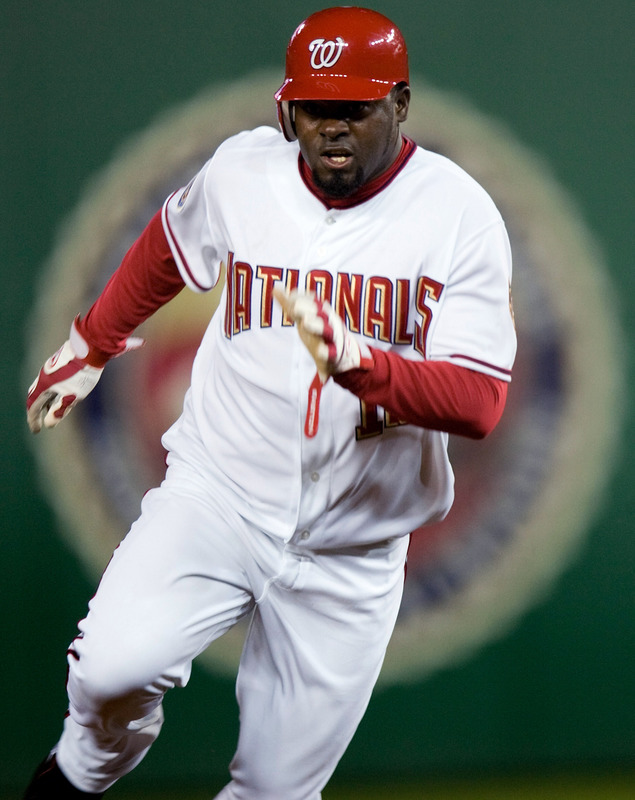 WASHINGTON – MARCH 30: Cristian Guzman #15 of the Washington Nationals runs to third base after a pitching error at first base in the bottom of the first inning during the opening home game against the Atlanta Braves March 30, 2008 in Washington, DC. President Bush attended the home opener which was the Nationals first game in their new stadium. (Photo by Brendan Smialowski/Getty Images)