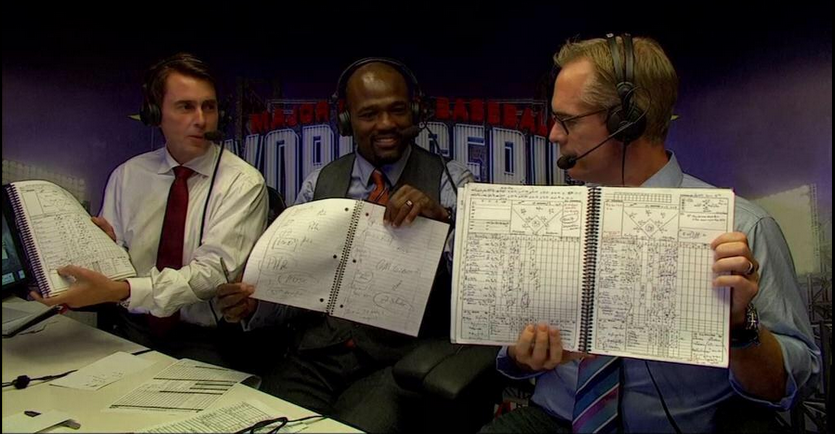 Consider me a fan of Harold Reynolds. I know that many of you out there think this is crazy – his statistical analysis isn’t exactly on point, and he can be a little loose with the facts. But he’s been more of a studio analyst than a color analyst over his career, so he should be cut some slack.

Anyway, that’s not why I like him. I like him because like the way he explains what is actually going on during a play, what a player is thinking or doing, and why they do what they do. While I like him best doing that in the studio, I don’t mind hearing this during the game.

Of course, alot of people don’t like him as much as I do, and when they talk about why, they usually criticize his lack of understanding of any stats invented after the save. A justifiable criticism, and when he held up his notebook during Saturday night’s game, with what looked like a few words and circles compared to Verducci and Buck’s filled-in scorecards, well, the humor spoke for itself.

this is the most harold reynolds picture that exists pic.twitter.com/0P4ctjPi2a

Trying to Save the Homeland

He’s doing something just a bit more important than talking about a silly baseball game. He’s preoccupied with figuring out what all these different events mean, how they are linked to Abu Nazir, and whether or not Brody is really a traitor. 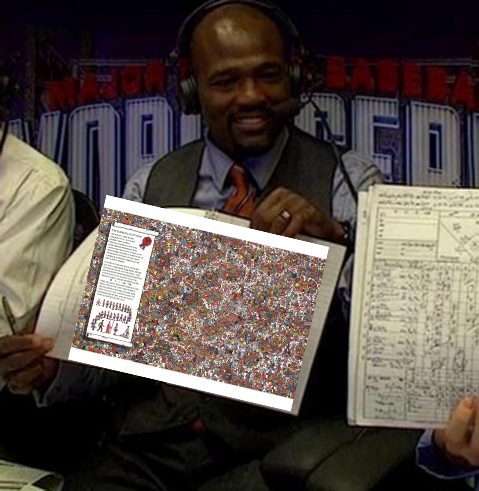 He’s actually frantically reading The Lineages and Histories of the Great Houses of the Seven Kingdoms, With Descriptions of Many High Lords and Noble Ladies and Their Children. He’s fairly certain something is more than it seems with King Robert’s son Joffrey, and he has a feeling Cersei Lannister knows what’s happening. But he just can’t quite piece it together yet. Black of hair… black of hair… wait a second!

Verducci said, during the broadcast, something to the effect of “What, is that your kids homework?” Not quite right, but close. Reynolds actually was just brushing up on his electromagnetic wave propagation theory. Not his kid’s homework, just his own, as he occasionally gives lectures on Maxwell’s Equations at local schools, as well as the underlying vector calculus and partial differential equations needed to master these fundamental equations. 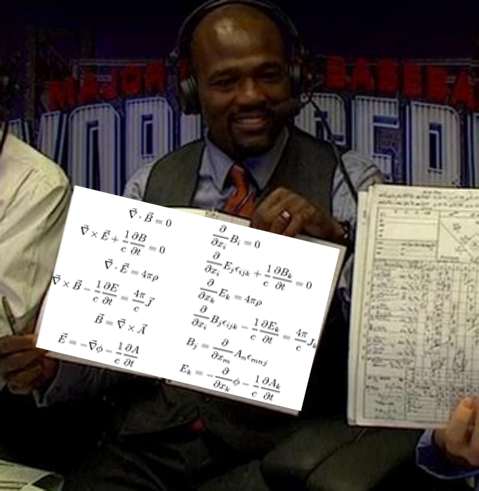