Which National Isn’t Welcome Back? 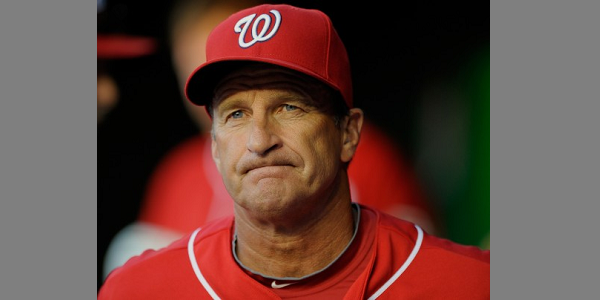 Yesterday, I had an interesting, albeit brief, twitter conversation with Brian Mitchell. It started because CSN had a little poll, asking which Washington sports person is “least welcome back in D.C.”

Who'd you pick in our "least welcome back in D.C." bracket? Watch SportsTalk Live to see what @BmitchliveCSN thinks! pic.twitter.com/OgyYymNT79

Now, I don’t know about you, but my first reaction went something like, “Riggleman, really? That’s who you’d pick?” I thought of a few other Nats I hated waaaay more than the Riggler. I said as much, and Mitchell was kind enough to respond. Twice

Keep in mind, first of all, that Mitchell didn’t even make this list, the station did. When I listen to the radio from 2-4 pm, there’s a decent chance I’m listening to Mitchell, and his twitter responses pretty much reinforced what I already thought about him. I often disagree with him, and his reasoning, but he’s always seemed like a genuinely stand-up guy. To take the time to respond, and explain himself to me is exactly what I mean. I don’t think what he said was a great explanation (but I’m not gonna pick it apart), but I think it showed his integrity that he did, which was unnecessary a few minutes before going on the air.

So first of all, thanks to B-Mitch for responding, and for the inspiration for a post here. Secondly, who would you think would be the best National to get this title?

Before you vote, here’s my reasoning:

Felipe Lopez – came in highly touted, although the Nats didn’t have to give up alot to get him, he showed signs of being a real talent. After a good half a season, 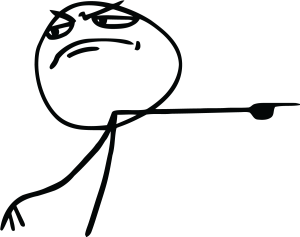 he was awful in his second year here, and traded by the third. Worse than just being bad (which isn’t enough of a reason in my mind) he had a reputation for being lazy, not caring and showing up late. Not performing is one thing, giving the impression that you don’t care is way worse.

Elijah Dukes – Come on, this guy was supposed to be the power hitting corner outfielder of the future. He had the tools, the skills looked to be there. Also there were a bunch of criminal charges, including threatening his wife with physical violence. The drug use was pretty prominent as well. Great prospect who turned out to be a bad player, and appeared to be a bad guy on top of it.

Jim Bowden – Not just a bad GM. He was a bad GM who kept the Nats at the bottom of the league without seeming to want to put the efforts into the rebuilding process. It’s hard to blame him totally for being as bad as they were, considering where they were when he inherited the team. But the whole Smiley Gonzalez fiasco followed by allegations of him skimming money off Latin American prospects moved him from “bad GM” to “possible crook”. He wasn’t well respected by other GMs, ran this team poorly, and probably committed crimes. Also, the segway.

Jim Riggleman – Certainly up and left the team out of the blue. I thought it was more of a stupid move on his part rather than a reason to hate him, but others have other ideas:

Nyjer Morgan – Not exactly someone we thought was gonna be a superstar, but he had the tools to be a quality starting center fielder, and for the second half of 2008 he looked great. 2009 he wasn’t nearly as good, but his antics off the field were worse than the performance to some:

Is there anyone else I’m missing? Do you hate Cristian Guzman, Austin Kearns or Ryan Church with the fire of a thousand suns? If so, add a name to the comments, give your reasoning, and I’ll put him on the poll.