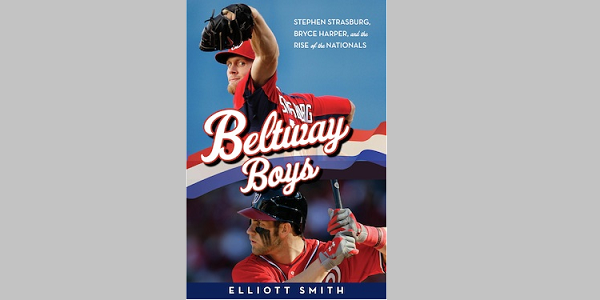 I have a personal penchant for reading a baseball book every February, as baseball doesn’t really start til March and I’m hankering for the nation’s pastime after winter away from actual games. I recommend all baseball fans do this, and I’ve got just the book this year.

Last season we had the privilege to talk to Elliott Smith, author of the book Beltway Boys, on the podcast.  And I thought what better way to celebrate my February tradition and the soon-to-be season’s start than by giving away a few copies to Nationals Review readers. Reading this book is a good source of nostalgia for how awesome that 2012 season was, and it’s a great way to fire yourself up for a exciting 2014 season (and maybe put 2013 behind you).

In case you don’t follow me on Twitter, I’ve spent the last week sending out messages with a Nationals Spring Training hashtag, #NatsST, on them.

The common factor and the relevance to the contest? They all have a video that gets me fired up, or demonstrates how I feel about the upcoming season. And they are NOT baseball videos.

So here’s the simple rules of the contest (possibly to be broken).

Here are the tweets that I sent out to get you all prepped for the season and this contest:

Click on the youtube video linked to see what I chose. So go ahead and tweet out your own videos.. no need for the pictures or the links to the players, just the #NatsST hashtag. And remember hashtags are case sensitive so capitalize the right letters!