What if Prince was Available? 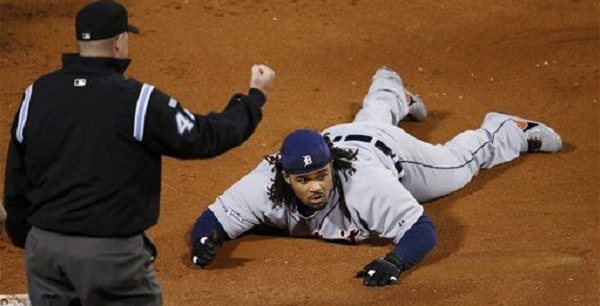 Here’s a fun hypothetical situation for you:

Let’s say the Tigers, with a new manager and a fresh look at their defense (bad) and baserunning (worse), decide they want to get rid of one of their 3 slow first basemen that start in the lineup. You know, cause 3 first basemen probably don’t help the defense and the baserunning.

Miguel Cabrera, when healthy, is the best hitter in baseball, so he’s out. Victor Martinez has a short contract, and maybe it’s more realistic that they get rid of him. Which is why I mentioned it before when discussing an Adam LaRoche replacement. But let’s say the want to keep him just because of that short contract.

That leaves Prince Fielder. He is signed for the next 7 years, a very long time. He didn’t hit very well this year, in terms of power (his 25 HRs would have been #2 on the Nats, though, only behind Zim’s 26), although his OBP was still .362. He hit poorly in the playoffs, he aint a great fielder, he’s a bad baserunner, and unless they win a World Series, he’ll forever be remembered in Detroit for this (via BuzzFeedSports):

So there’s that. Then again, with Prince Fielder, there is a good amount of this:

I mean, we’re talking about a guy who has averaged 35 home runs a year. And he’s only 29, so although his body does certainly suggest a breakdown at some point, he’s probably got some time.

So yeah, he had a bad 2013, is owed a ton of money for quite a while, and might have DH written in his future. But he’s a career .286/.389/.527 hitter, and moving back to the NL would probably do positive things for his numbers, as they generally do.

The Nats might not like the contract at the end, but it’s hard to believe that barring injury, it wouldn’t be a help over the next 3 seasons at minimum. So, my question for you: