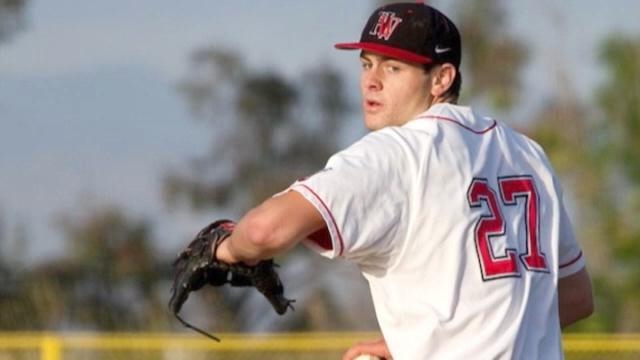 Keith Law just released his Top 50 MLB Prospects Update, showing the exciting talent that might be coming soon to a Major League ballpark near you. Or it might be coming in 2016 or so, depending on the prospect.

The only Nationals player on the list is Lucas Giolito, their first round pick last season. He’s considered by most everyone to be the Nats best prospect, although after missing time almost immediately after getting drafted due to Tommy John surgery, he doesn’t always make it high on these lists.

Obviously because of his 1.69 ERA this year, Giolito has moved up the list, from #77 in February all the way to #43 today. Alright, that ERA is actually only in 5 1/3 IP (with 7 Ks!), so that has little to do with it. He has returned from his TJ surgery, and he has shown he still has his velocity, “sitting 95-98 mph” and indicating that so far he is returning to form.

He’s not through the woods yet, but shows promise, as Keith points out:

The curveball should be next, and command last; as those return, which they should given how well his recovery has gone, he’ll continue to move up these rankings, and could easily finish the year in the top 20 because of his No. 1 starter ceiling.

Good things to come from him, hopefully. Although don’t start thinking he’s going to take the Nats 5th starter spot in 2014. He’s only 18 and he’s never pitched above the GCL (Rookie League). He’s years away, although when he gets here, he could be an ace.

On the other side of the coin is Brian Goodwin. 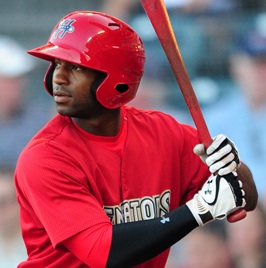 Goodwin made Law’s list at #44 on the Top 100 in February, but he’s nowhere to be found in the new one. He’s not in the top 50, nor in the remaining 8 people that were sort of honorable mentions.

I couldn’t get an answer from KLaw over Twitter or in his chat today, so I’m not sure his exact reasoning for the drop. It’s hard to argue against it though, because Goodwin hasn’t been great this year. He’s hit .254/.350/.394 in AA. At age 22, this isn’t bad, albeit not spectacular. He’s shown less power this year, and his batting average has dipped, although he’s still taking his walks.

Goodwin still has time to recover, and much of those unimpressive numbers are from a bad May (where he hit .219/.356/.306). The rest of his season hasn’t been spectacular, but it’s really that one month that dragged him down. By the end of the year, we could have a much clearer idea of what he’s capable of doing.

If he does well enough, a year in AAA next year might be a preamble to his takeover of CF for Denard Span, who’s contract runs out at the end of that year. Perhaps even sooner than that if Span continues at his pace.