Tired of the Offense? Well, you’ve got to admit… 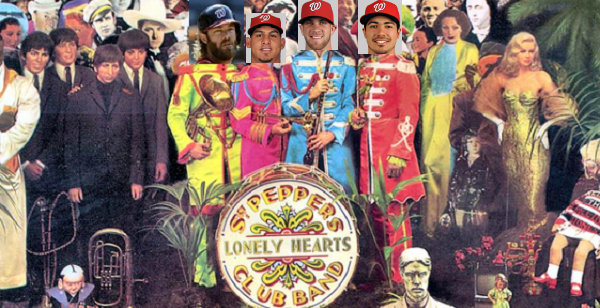 The Nats offense hasn’t exactly been great this year. Better words to describe it might be frustrating, inconsistent, terrible… They are ranked among the worst in the NL in most major categories – OBP (14th), SLG (11th), and OPS (13th) – but none are more important than Runs per game (14th). 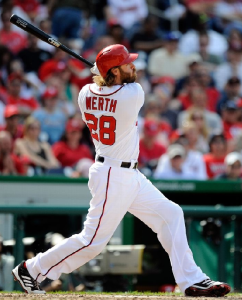 And yet, they got stifled by John Lannan, who has a 4.23 ERA this year, except its 5.40 when he’s NOT facing the Nats. They couldn’t do much against fake tough Cole Hamels, either, despite his 4.19 ERA. The game vs. Cliff Lee, a legit ace this season, looked to be understandably more of the same, until they managed the improbable 4 HRs in 2 innings.

So this is the offense, right? Frustrating, inconsistent… bad. It never really got better, did it? Oh you better believe it did.

Because, as Paul said:

Despite a couple of frustrating games, this team is hitting significantly better in the last month than they have all year. Immediately after Rendon and Werth returned to the lineup, they played one game followed by 2 consecutive rainouts. June 8th, the team came back different. Since that date, they’ve average 4.65 runs per game.

That isn’t enough to move the needle on their whole season, because the season was so bad before that. But 4.65 runs per game over a whole season would rank them 2nd in the NL. And we’re no longer talking about a tiny sample, it’s now 31 out of the 91 games played.

Summing that all up, prior to the June 8th demarcation line, they scored less than 3 runs in 47.5% of games. Since then they’ve only done it in 34.4% of games.

In other words, with the lineup back in place, they actually can score runs. Will there still be games where they look bad and don’t score, even against middling starting pitching? Of course, every team deals with that.

But they are scoring runs, scoring them in bunches in times, and since over a month ago, they’ve actually been great offensively. You can be dejected about not living up to potential, and get sick of this offense… but I’ve got to admit, it’s getting better.

It’s getting better all the time.