Stammen, Fighter in the Bullpen, Champion of the Sinker 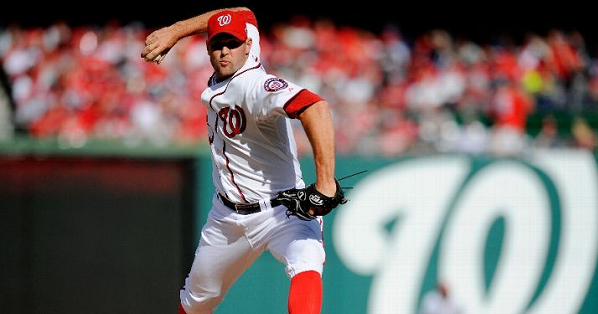 Last night, in a close loss to the Dodgers, Ross Detwiler ended up only throwing 3 innings, because he had back spasms. He certainly looked hurt, and while it could have been worse, we still don’t know if he’ll make his next start. Back spasms usually don’t mean an extended absence, but missing a start or two wouldn’t be out of the question. Hopefully it won’t come to that, but if it does, there is an obvious choice for the spot start. 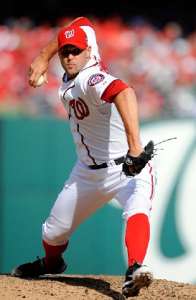 Zach Duke and Chris Young are names that come up as spot starters, but Young has been awful in AAA this year and Duke has been pretty awful as well, although at least its in the majors. Craig Stammen, on the other hand, is the type of  middle inning/long reliever that often fits into a spot start role, and his recent success indicates he can handle MLB hitters much better than the other two.

His success has all come in the bullpen, he just wasn’t a very good starter. But he also turned the magic age of 27 in 2011, so maturity might have something to do with it as well.

Last night he threw 26 2 seam fastballs (67%), 9 sliders (23%) and 4 curveballs (10%). Other than a lack of curves to righties (perhaps surprisingly, only 1 of his curves came against righties), he didn’t vary much depending on the hitters’ handedness.

Compare this with his 2009 and 2010, and there is a stark difference. I’m starting to include too many numbers in paragraph form, so let’s just lay it out in a spreadsheet table:

Its pretty clear that he has a very different pitch selection since returning from his extended stint in the minors in 2011. He has basically switched his 4 seamer for his 2 seamer, and has almost completely abandoned the changeup. That’s not a minor change, switching your favorite pitch and your 4th favorite pitch.

The first two things make sense as beneficial, but when you think about it the third might as well. Too much drop and the high FBs that you want batters to swing under can drop into the zone, becoming delicious meatballs, and those that you are hoping to be strikes may drop out. That’s pure speculation on my part, though.

The new pitches have helped make Stammen a different, and much better, pitcher. He’s improved his velocity over the years a bit as well, although that doesn’t appear to be from the extra rest of being a bullpen guy. In fact, that velocity improvement showed up immediately in his 2011 September callup, despite being a starter throughout August in the minors.

There is no reason to think that he can’t be successful as a starter, with his new pitch selection. He’s not just a two-pitch pitcher, although Ross Detwiler shows even they can be successful in the rotation. He has confidence in his pitches and he’d have to go out and throw as hard as he does out of the bullpen, without worrying about what may happen 5 innings later. But if he does that, he certainly has the capability to start.

At some point during the season, there will be a need for a spot starter, whether its Det’s next start or not. I’d love to see Stammen get that shot, because whether its as trade bait or as their potential #5 next year, he’d be more valuable as a good starter than a really good 6th/7th inning guy.

Credit once again to Brooks Baseball for all the PitchFX data