The Nats Should Call Up Trea Turner Next Week

The Nationals offense has made some strides in the last few weeks now that Ryan Zimmerman, Anthony Rendon and Ben Revere have started hitting. Unfortunately, Danny Espinosa has yet to get on track, and it’s time to consider making a move there.

It doesn’t rank him at the very bottom of the shortstop list, plenty of shortstops can’t hit these days, but it doesn’t even mark him as one of the top 15 or so, either. And, as Keith Law pointed out, the OBP is a bit inflated – he has 5 IBB’s this year, thanks to hitting in front of the pitcher. If you take those out, his season OBP drops to .284.

The Nats have an option, though, thanks to their shortstop prospect Trea Turner, who sits at #16 on Keith Law’s just-released Top 25 prospect list.  Turner is currently in AAA, and he appears ready for the majors. Law wrote that Turner “would be an upgrade over Espinosa on both offense and defense” – if this is true, then the only thing that should stand in Turner’s way is service time.

Turner has been hitting the cover off the ball in AAA. He’s currently sitting at .317/.381/.466 after 182 PAs this season. He won’t do that in the majors, but the numbers still suggest he’ll hit better than Espinosa. Turner certainly has a higher offensive ceiling, and his bat has nothing left to prove in the minors.

There is concern outside of the offensive contribution. The Nats are a team built on pitching and defense, and they don’t want to mess that up. Law said Turner is the better defender, and Baseball Prospectus projects Turner as better. But I remain unconvinced.

There is certainly a case that Espinosa has the better glove. This season he ranks 4th among shortstops for overall defensive value according to Fangraphs, and 2nd in Baseball Prospectus’ Fielding Runs Average Against. And I’m sure his arm is better than Turner’s.

But, as we know, defensive metrics are finicky, and they take the term “small sample size” to heart. I asked Law specifically about those stats, and said he generally doesn’t look at them until late in the season. Espinosa might indeed be a better defender, but there’s enough evidence from scouts and prospect folks to believe it is pretty close. And with the difference in offensive production, it’s enough.

That means service time is the only real reason to keep Turner in the minors. The longer he stays down, the longer the Nats control him. It made sense for the Nats to try another solution to start the year, but it’s clear that Turner’s time is coming. If they keep him in the minors until about June 1, they get an entire additional season of control before he hits free agency, and… hey, that’s next week!

The Nats have the choice to continue with a shortstop who may be average at best, or bring up a guy who could be really good. I’ve seen the case made that Espinosa is doing what he’s supposed to – play good defense – and he doesn’t need to hit since he’s in the 8th spot. But there is no requirement for poor hitting in the 8 spot. If you can improve the team in any way, you do it. Especially now that service time isn’t an issue. Law said he’d much rather have Turner at this point, and it’s hard for me to argue.

It pains me a bit to write all of this, I am a huge fan of Espinosa. It’s a shame the Nats’ best infield defender for the last few years wasn’t given the chance to play shortstop until this season. And it’s a shame that he never developed enough of a bat to be more than, in the very best case, an average starting SS. But with a guy who is most likely a much better hitter and almost as good, if not a better, defender, it would be a real shame if the Nats didn’t bring up Turner to start next week. 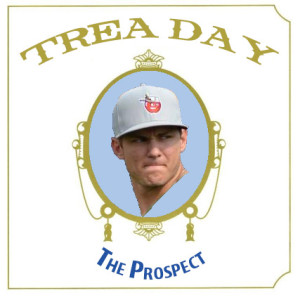