May is Rerun Season

It’s May, so baseball season is in full swing. But it’s easy to get caught up in the records and the numbers at this point of the season and think that things are taking crazy turns. The Nats are two games under .500, the hitting has been spotty, the starting pitching at time suspect, and the fielding atrocious.

It’s hard to know how long any of this will last – it could go away tomorrow or remain through the end of September. Individual players generally perform as forecast, but things like age, injuries, BABIP, divorces, the Mayan calendar, and who knows what else can create outlier seasons. All that is to say, predict all you want, the fun/pain is in the game and the results, so we have a ton more to watch before we know what’s up.

With those thoughts in mind, let’s take a look at some of the things worth mentioning last May, you know, the year the Nats went 96-66 and won the division by 17 games.

On May 1, 2014 I wrote a glowing article praising the Nats soon-to-be All Star second baseman. He was on fire, and had seemed to fully recover from his horrid 2013 when he finished at or near the bottom of the league in WAR. Here are a few quotes:

he’s now hitting .288/.341/.488… It’s the third best OPS among qualified NL 2Bs, and he’s behind two guys with unsustainable averages about .340. His numbers, while they may sink a bit, look entirely real…

He’s an asset now, not the liability he was at this time last year. When you think about how good of a fielder he is, he’s showing that he could be a starting-caliber shortstop, let alone second baseman…

Danny Espinosa has made an incredible recovery. He’s come back from being, essentially, one of the 5 worst players in baseball, to a strong defensive middle infielder with a very good bat

Where is the Offense

Right now, the Nats offense isn’t looking spectacular. Sure, it’s not as bad as it was before the series in Atlanta, but it’s still not exactly running on all cylinders. Last year’s team finished 3rd in the NL in runs scored, 4th in OBP and 4th in OPS. This team looks like a far cry from that right now, and you can make all the injury excuses you want, it’s troubling.

It’s pretty easy to understand why this has happened. They’ve gone from missing Ryan Zimmerman and Wilson Ramos to missing Zim, Bryce Harper and Adam LaRoche.

That team was a bit more injury-filled than this one, and at the time they were moving in a different direction in terms of offense. Last year they were missing some big time bats in May, this year it was April. But the story is the same – when they lose some key contributors (Werth, Rendon, Span), they have to rely more heavily on the other guys. It’s an obvious point, but when those other guys struggle, without a full lineup, the offense struggles.

There is a lament in DC that I hear often – that the Nats can’t seem to hit with runners in scoring position. While they did finish low in AVG with RISP last season, it’s not enough to see that and think they can’t do it. This season, they rank 10th in the NL, hitting .239, whereas they rank 11th in the NL for AVG overall, hitting .235. It’s easy to point to it an issue, but it’s not, compared to other teams.

It’s easy, because we notice it more than when a guy gets out when nobody’s on. But it’s our mind playing tricks on us. It’s better to have guy’s ON BASE, not the bases empty. So, since this is a flashback episode, I’d like to point you to a post from last year (April this time, not May), where I sung the praises of leaving runners on base (this one I’d recommend you read the whole thing, because it’s kind of eye-opening):

I took a look at the NL rankings from 2004-2013… That’s data from 159 teams (nine years of 16 teams in the NL, one year of 15). Rather than make this overly complicated, I looked at rankings – comparing where teams ranked in terms of number of runs scored, and where they ranked in terms of LOB.

The more you get on base, the more you leave on base. It’s not an exact match, but it’s pretty damn close.

Ok so that isn’t as relevant to this season, as I pointed out they are actually hitting better with runners in scoring position. But I just thought it was good to point out because I often see people, even the Nats reporters, point to this all the time.

Where in the World?

Finally, now I feel like I wasted this concept on Ross Detwiler last May when we knew precisely where he was – sitting unused in the bullpen. But Anthony Rendon? He might really be missing… we’re just not sure: 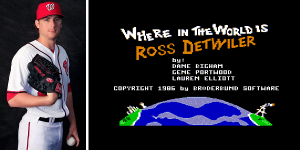 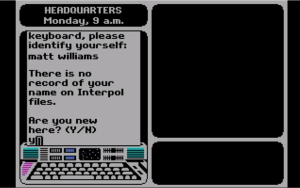 All of this is to remind you that, not only is this a long season, but it’s still really damn early. The Nats are two games under .500 – they were right there in late May of 2014 as well. As long as they dig themselves a massive hole right now, they should be able to get themselves in a great position to make the playoffs and win the division. So try to enjoy the games.