Where in the World is Ross Detwiler?

Not even two weeks ago, Matt Williams was lamenting his use of Ross Detwiler. Or, rather, his non-use. He wants to use him, he really does. But he can’t find a way:

Detwiler has been a very good player over the last couple of seasons. In sporadic use and with different roles, he’s got a 3.39 ERA (a 115 ERA+) in 316 1/3 IP since 2011. This year, he’s only made appearances in 9 games, lowest of the bullpen members that have been on the team all year. Adam Kilgore went further with the superlatives, and the questions:

Detwiler is, at worst, the Nationals’ sixth-best pitcher, and they have turned him from a solid starter into their least impactful pitcher.

It’s been over a month now, and there have been plenty of opportunities to use him. But Williams comments of trying to get him in are hard to believe now. With last night’s 3+ hour rain delay they went with 5 pitchers in 5 innings. You can’t deny the results – 5 scoreless innings – but was that not a perfect opportunity for Det?

It must have been because he was starting the next day, when they didn’t have a starter named until that day. What’s that? Oh, Blake Treinen is starting. Look, I’m excited to see what Treinen can do. I’m thrilled they didn’t give up any runs after burning through 5 relievers last night. And Detwiler stands to get some time today, unless Treinen is spectacular, because they used to many relievers last night… that is, if they can find him.

Where Did He Go?

Ross and his gang have blown another save! And it’s up to you to fix the bullpen… General Manager at the keyboard, please Identify yourself 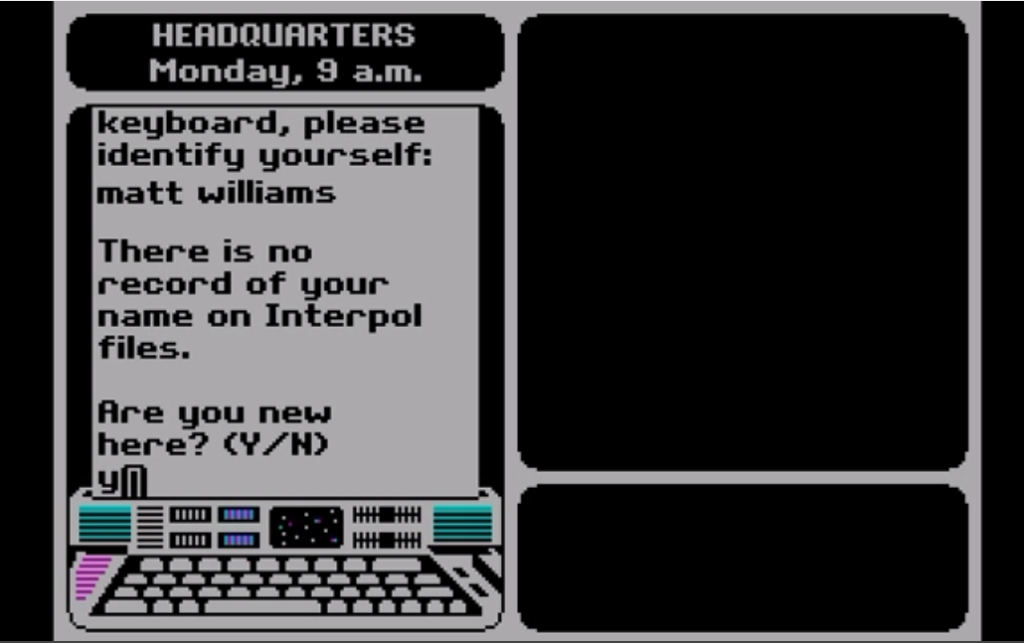 Welcome to MLBInterpol. We heard he was hanging out in Moroni, the capital of the Comoros Islands, maybe you should start there.

A red, white and black flag? Oh no, has he been trying to foster a trade to the Reds? Is he in Cincinnati? Or maybe the parrot that told you about the flag was really the Pirates mascot, and he’s just trying to pull one over on you. Detwiler could be in Pittsburgh! You investigate further, and after asking around at the airport, the baggage handler suggested your potential suspect was talking about seeing the opera and inquired about AC/DC and Vegemite.

Why, he must be going to Australia! You quickly hop on a plane to Australia… did you think about just calling any investigators there? No? Get on the plane? Ok. 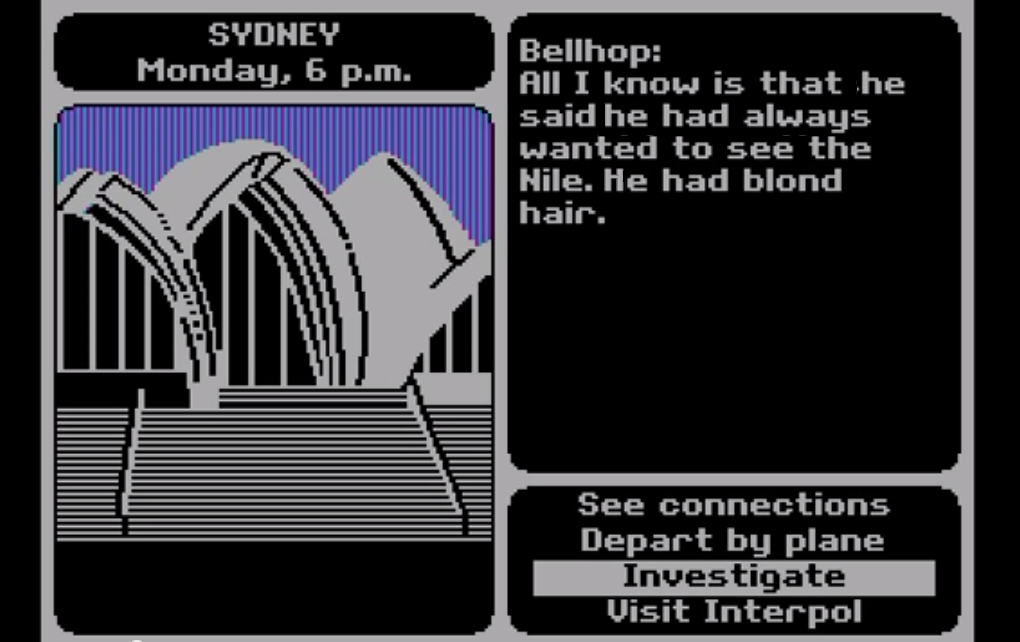 Wow, you got there fast! Hmmm, that could certainly be him. He has blond hair, and he is fascinated with Ancient Egypt. That’s all he talks to Steve McCatty about. All the time it’s “Imhotep this”, and “Thutmose that”… “Did you I tell you guys about my thoughts on the Battle of Kadesh?” Yeah, Ross, only about a hundred times. Alright, it’s off to Egypt! 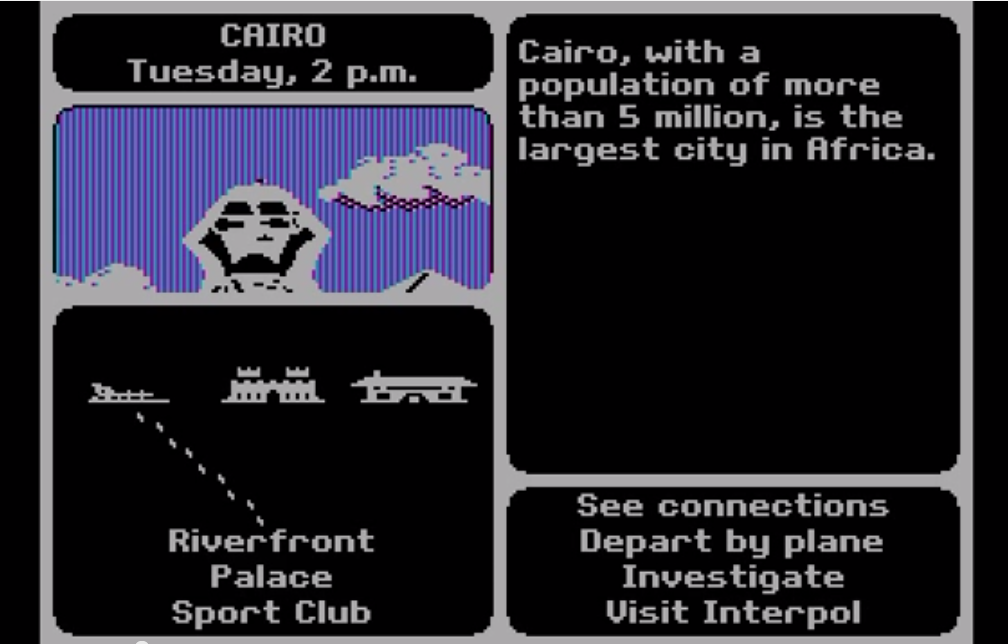 Others might suggest looking for him at the Sport Club first, but you know he is obsessed with the Nile river. He, like Heroditus, likes to refer to Ancient Egypt as “the gift of the Nile” and you know he’d go there first. This is his favorite song. Yeah, Det’s really into that river.

At the riverfront, you are told that a man fitting Detwiler’s description was walking down the street yelling something. It was either “put me in, manager, put me in!” or “poutine, meilleur, poutine!” Well, you know that Canada is where you go to find poutine, and since meilleur is french for “best,” he’s probably going to Montreal. Perhaps he’s going there to help bring a team back to the city, and slot himself in as a starting pitcher? Why that devious…

After investigating the bank in Montreal… whoa, Matt, suddenly it’s 3 days later? What have you been doing in Montreal? Anyway, you learn that he is changing his money to rupees. He’s obviously going to play some Zelda, and wants to make sure he has enough money to buy a better sword. And where does he play Zelda? In the Nats clubhouse, of course, where he has his Super NES set up. You quickly hop on a plane to DC, and immediately go to investigate the Sport Club, er, Nats’ Park…

Congratulations, Matt, you found him! Turns out he was sitting in the bullpen the whole time. You just didn’t see him! Probably should have looked there first. 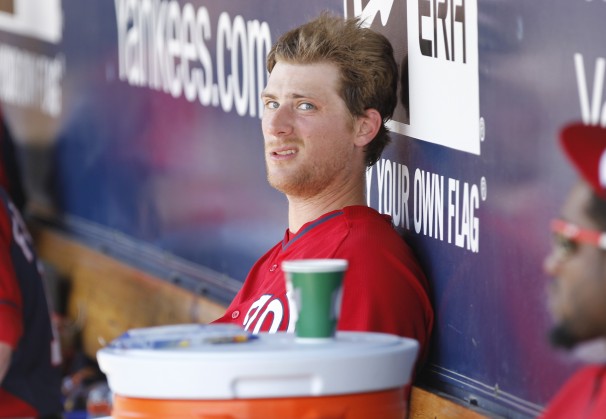