It isn’t always easy being a Yankee fan. Sure, there are all the World Series wins, but only one in the last 12 years. And you’ve had to deal with ARod for 9 of them. As far as free agents goes, he’s technically won more championships than, say, Mussina, but that doesn’t mean you like him as much. You were probably ready to let him walk when he opted out of his contract.

But you didn’t get a say, and your boos apparently weren’t loud enough to get the front office to act. So they signed him until he was 65 years old or so, and you thought, well, at least he’ll break the tainted Bonds HR record as a Yankee. Then it turned out he was using steroids, too, so even if he broke the record, it wouldn’t matter. He became a slightly above average 3B, making $25M a year, until he broke down. He hasn’t played this year, and hasn’t played well since July.

Well, Yankees fans, this is for you. It’s a way to show Alex, the team and the world how you feel. It should be pleasing to the front office, as it is their own words, almost verbatim. And it honors the Captain, so what else could you ask for?

Go ahead, print out this image and put it on a poster, free of charge. Bring it to the stadium and show Brian Cashman that you support his decision making process (you know, except for that renewal of ARod’s contract). I hope it sums up how you feel after 9 years of ARod… And if you have no idea what I’m talking about, here’s a link for you. 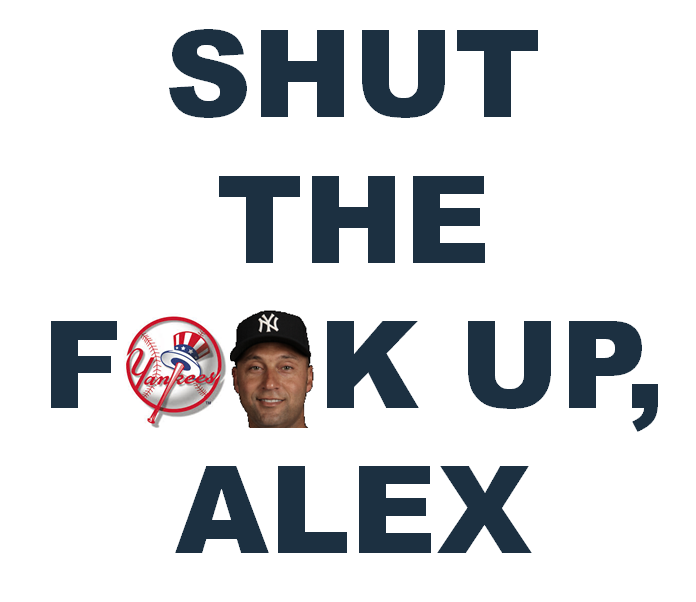 If you want to print this out larger sized and bring it to tonight’s game, I’m happy to help. Just call me and I’ll come over and help set up your printer to tackle billboards.