It’s Monday, and usually during the baseball season, Monday’s are the day I start thinking about what I want to write about that week. I’ll look at the stats, see what jumps out at me, and try to do some meaningful analysis. But it’s 6 games into the season. So looking at statistics is pretty meaningless. Instead, I will look into the panic that has seemed to take over some people I’ve seen on twitter or heard on the radio – that this team might not be that good. This weekend was their first test against a strong opponent, and they certainly didn’t look very good. But this team is better than good, although we won’t know until October exactly how much better. 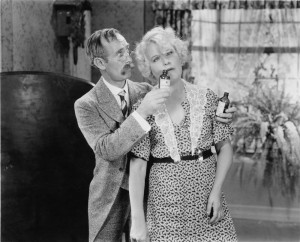 Let’s try not to go into fainting spells over a bad series where the Nats played pretty poorly at another very good team’s stadium. I’ve picked out a negative few items that I’ve seen or heard over the last few days and give you my generally positive slash its too early to tell anyway take. Smelling salts for your Nats’ vapors, if you will.

Dan Haren looked pretty bad on Friday, and there are of course the inevitable worries about his ability to toe the line of a back end starter. Except if you actually watched the home run derby, er, game on Friday, you’ll agree that not all of the homers Haren gave up were exactly moon shots. The first one, from Todd Frazier, which made the game 1-0, certainly was. The next two, both hit by Cozart, don’t leave any other ball park except maybe Citizens Bank. That ball is an out and ends the inning, keeping it at 2-0, instead of making it 5-0, anywhere else. Shin-Soo Choo then hit a ball that’s likely a double in most other stadiums to make it 6-0.

Yeah, Haren had a bad game. But the hitters were pretty awful that game as well – the story of that game to me was Homer Bailey’s pitching and the Nats lack of pitching. Haren would have lost that game if he only gave up 2 runs. The HRs are loud and noticeable, but go ahead and watch them, and you’ll see that he wasn’t exactly awful. Haren is a flyball pitcher, and you can expect games like this from him once in a while.

I’d be more worried if Cincinnati was his home park, but it’s not, so let’s give him a few more games. After all, Cole Hamels is sitting at a 10.97 ERA after TWO starts – does anyone with a brain think Hamels is done? If Haren pitches like he did in Cincinnati the rest of the season, and I’m talking about where the baseballs end up, not the stats, he might not have a bad season. You’d like to see better results, but if those barely-HRs were just loud outs, people might be talking about how spectacular Haren looks.

The Nats superstar future Cy Young owner Walter Johnson reincarnate gave up 6 ER in 5 1/3 IP, a day which included 9 H and 4 BB, with a measly 5 K. It wasn’t exactly an Ace outing, but then again, he wasn’t the only Ace who had a rough day on Sunday.

Thanks to the great data over at Brooks Baseball, I took at look at his fastball velocity just to see if there were any red flags there. In 2012, his 4-seam fastball averaged 96.6 mph, and his sinker averaged 95.74 mph. In Sunday’s game, he averaged 95.8 mph on his 4-seamer and 95.61 on the 2-seam sinker. So not much difference there. His curve broke a little more on the horizontal plane than usual – which probably also doesn’t mean he is broken.

It may indicate that he didn’t have a particularly great feel for the curve, although usually guys can’t make it break much, rather than having it move more than they’re used to. But hey, Strasburg isn’t your usual pitcher. Stras also threw 17 curves in the game compared to 28 changeups, which is way off his 50-50 ratio from last season. Does he just like the changeup more? Or was he having issues with the curve? We’ll know that after we see him pitch more, but I have a feeling the curve wasn’t doing what he wanted it to do.

I’ve seen some pretty big names writing about how Strasburg just isn’t there yet because he’s so inexperienced. Please, this guy knows what he’s doing, and it won’t be long before you’re looking at the NL pitcher leaderboard, at a time when it actually matters, and this guy will be sitting in a great position there.

Ian Desmond can’t field again! Oh noz! Desi, three years ago, made a ton of errors (34). Two years ago he was better (23) and last year he was even better(15). But some advanced metrics show last year as his worst year fielding – worse than the 34 error season. Desmond has good range and he’s an effective SS. He aint the best fielder in the league, but at his best, he’s better than your average starting SS. Let’s not get caught up in a few error prone games.

Why not? Because there will be a stretch of games that are worse for Desmond down the road. But you won’t notice, because it won’t involve errors. There will be some set of games, at some point this season, where he misses several grounders to the left or to the right, over the course of a weekend or a 3 game series, that he really should have grabbed. But they won’t be errors, they’ll be hits, and we won’t notice. For shortstops, errors are like home runs – the good ones tend to have 15-25 of each per year. So we really notice them when they happen.

Let’s not get hung up on the “poor defense” of the Nats from a few early season errors. This isn’t football – it isn’t their innovative scheme or their ability to confuse the offense that allows them to keep the runs down. This is a strong defensive team because the players are good at defense. Their opponent’s run production is low because of their great pitching and their player are good at defense. That doesn’t disappear because they’ve been figured out.

Rafael Soriano is a very very good pitcher. He has made three appearances this season, one of them great, one not very good but scoreless, and one bad. The worry over him probably stems from a lack of history on the team and a poor spring. That is ridiculous. In the two seasons that Soriano was a closer, he totaled 87 saves. Those aren’t ancient history, its 2010 and 2012.

But we know saves can be deceptive because how “easy” it can be to save a game at times (even the 5th or 6th guy in the bullpen will probably be able to record 3 outs up by 3 runs, which is the minimum req to get a save). But Soriano is better than just the saves. As a closer and as a reliever in general, there’s this point:

Yeah, he just doesn’t let alot of guys get on base. Last year, when he had a great season as a closer, he gave up 6 HRs and also once let up 2 ERs. In his stellar 2010 with the Rays, he gave up 4 HRs, and allowed 2 ERs two different times. So at his very best, he’s had these games before. And he’ll have them again.

That’s the funny thing about stats – it’s not just with Soriano but I’ll use him as an example. If he goes through the season and has a “normal” season for him, he might have a game like this again, once or twice. And a year or two from now, when someone is trying to sign him, people won’t notice the little blips on the radar. But it’s April, so EVERY statistic is magnified, at a time when they are the most meaningless.

So take everything with a grain of salt, or smelling salts. And remember, even yours truly gets in on the early stats action every once in a while:

It's fun to joke but we know Bryce won't hit a HR in every single AB. His current pace of 324, 2 per game, seems more realistic.